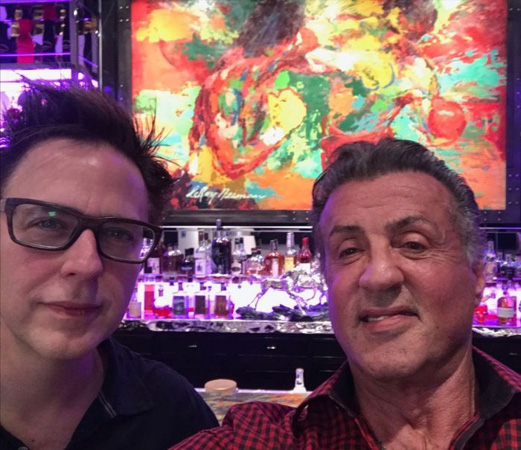 The Suicide Squad director James Gunn has confirmed that Sylvester Stallone is a part of the DC movie’s cast.

Gunn took to Instagram to reveal the news. Gunn has both written and directed The Suicide Squad.

He shared a photo of himself with Stallone and wrote in the caption, “Always love working with my friend @officialslystallone & our work today on #TheSuicideSquad was no exception. Despite Sly being an iconic movie star, most people still don’t have any idea what an amazing actor this guy is..”

Stallone was also a part of Guardians of the Galaxy Vol. 2. He played the role of Stakar Ogord. His role in The Suicide Squad is likely to be brief.

The Suicide Squad is a soft reboot of the 2016 film Suicide Squad, the critically reviled but commercially successful film helmed by David Ayer. Only Margot Robbie, Viola Davis, Joel Kinnaman and Jai Courtney reprise their roles from the original film.