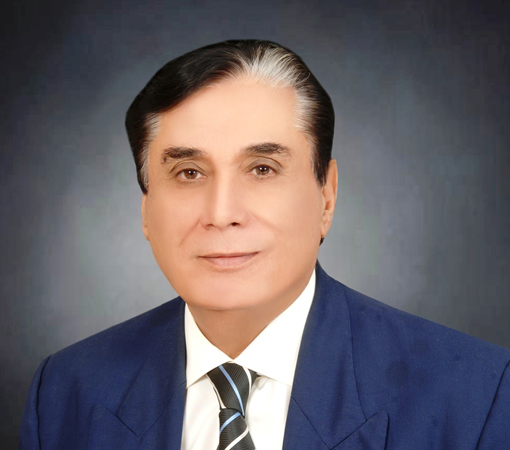 NAB Chairman Justice (r) Javed Iqbal has said that the watchdog is committed to bring the corrupt element to justice by utilising all resources as per law.

The chairman NAB has called a high level meeting of NAB to review latest position on the ongoing cases and status of implementation of decision taken in the last meeting on Monday at NAB Headquarters.

Hussain Asghar, Deputy Chairman NAB, Syed Asghar Haider, Prosecutor General, Zahir Shah, DG Operations, and DGs of all Regional Bureaus of NAB will attend the meeting via video link. The meeting will also review a strategy already chalked out to strengthen NAB’s operations and prosecution divisions to vigorously pursue the corruption cases on the basis of solid evidence as per law. The meeting will also discuss a mechanism to conduct further improving the processes of complaint verifications, inquiries and investigations fairly, independent and professional as per law besides improving the overall performance of NAB Headquarters and all regional bureaus. The Prosecution Division is being strengthened on the directives of chairman NAB by inducting new experienced legal consultants and special prosecutors, Deputy Prosecutor Generals and Additional Prosecutor Generals and research associates. Special Witness Handling cells have been established in all regional bureaus and results of this are very encouraging. Due to effective measures taken by the present management of NAB, the overall conviction ratio of NAB in respected accountability courts has reached to about 68.8 percent, which is best as comparing to the ratios of other anti-graft organisations.

He said that NAB has also introduced a new concept of Combined Investigation Team (CIT) for benefitting from collective wisdom of senior and experienced supervisory officers of NAB. The NAB has also introduced an effective Monitoring and Evaluation system at NAB Headquarters and all regional bureaus, which has greatly helped improving the performance of all formations of NAB in qualitative and quantitative terms in order to identify any loophole and plug all weaknesses timely in order to bring the best.

NAB is being considered as a role model in SAARC countries due to its excellent performance. NAB’s performance has also been acknowledged by reputed international and nation organisations like Transparency International Pakistan and World Economic Forum, PILDAT and Mishal Pakistan. Currently about 1,230 corruption cases are under trial in respected Accountability Courts involving the corruption volume of Rs 743 billion. NAB has also recovered record Rs 466 billion and deposited into national exchequer since inception. China has inked MoU with only Pakistan for overseeing CPEC (China Pakistan Economic Corridor) projects for transparency. Chairman NAB directed all the regional bureaus to utilize all available resources for arresting the proclaimed offenders and absconders. NAB has established a modern forensic laboratory, which helps improving standards of inquiries and investigations as per law. NAB has recovered and returned the billions of rupees looted money by fake housing societies to people.