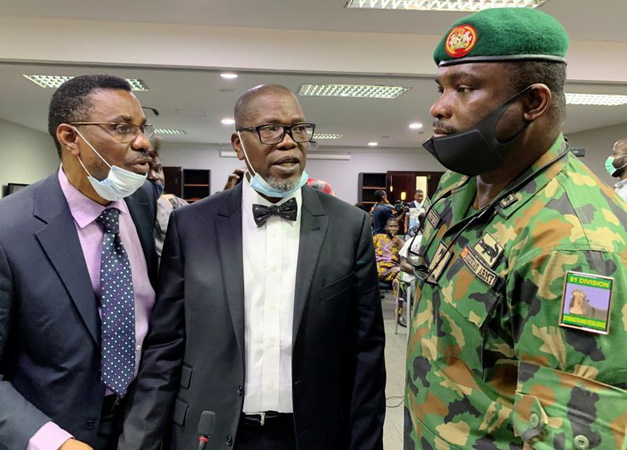 Nigerian soldiers shot dead peaceful protesters at a demonstration in Lagos last month, trucking away the bodies, said written witness testimonies submitted to a judicial panel on Saturday but contradicted by an army general.

“The soldiers kept shooting at random, and I saw people falling to the ground, injured or lifeless,” said Dabiraoluwa Ayuku in her testimony.

Her account was one of three seen by Reuters, and submitted to the Lagos panel investigating allegations that the army and police opened fire on and killed people protesting at the city’s Lekki Toll Gate against police brutality. The protests, the worst since the country’s return to civilian rule in 1999, climaxed in that incident on Oct. 20, when rights group Amnesty International said soldiers and police killed at least 12 protesters in two districts.

Both the army and police have denied killing demonstrators. In testimony to the panel on Saturday, Brigadier General Ahmed Taiwo, who heads the army’s 81st Division in Lagos, said soldiers fired blank rounds only, into the air, to disperse protesters.

When shown a photo by Reuters which he used as testimony to prove the army fired only blanks, he said two bullets among the 11 shown were live rounds, one spent and one unspent. He said they were not the army’s, but perhaps from the police.