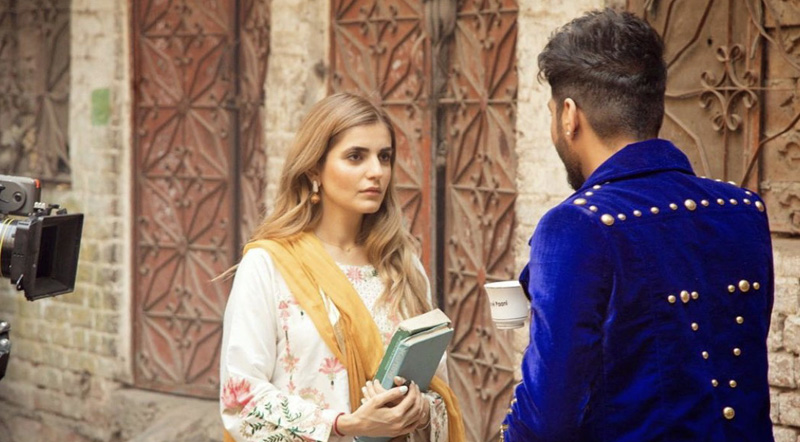 Momina Mustehsan and Bilal Saeed are gearing up for another duet and this time, fans have more reason to be excited!

According to Mustehsan, who took to Instagram to announce the news, the two have been working on forwarding the love story in their hit 2019 release Baari. Yes, there is going to be a part two for the song!

“Baari” was about a girl with a broken heart letting her guards down and giving love another chance.

A year later, we visit them again and find out where the relationship took them,” wrote Mustehsan, sharing an image of herself on set with Bilal. “Stay tuned for Baari 2,” she teased.

‘A year later, we visit them again and find out where the relationship took them,’ wrote Mustehsan, sharing an image of herself on set with Bilal

Saeed also shared a photograph of himself on set, writing, “It was this same street, this same tea shop, the same guy who looked brilliant but was actually really simple, and she would cross this same street with books in her hand, the girl who wanted to fly but would fight with the wind, everyone must remember.”

He then questioned, “Janna chahein gey kia hua us kahani ka? (Do you want to know what happened to that story?)”

Baari, released in November 2019, went on to become a smash-hit, raking in almost 90 million YouTube hits over the year. Do you think Mustehsan and Saeed will be able to recreate the same magic in part two?