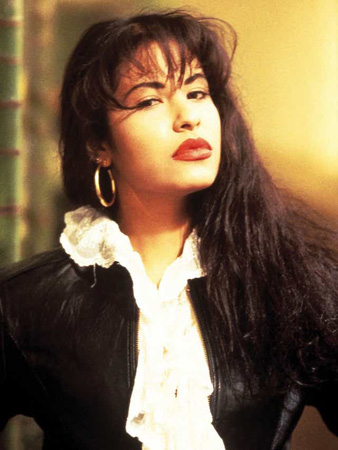 Selena Quintanilla’s father and sister are facing a $1 million lawsuit after producing a Netflix series based on his daughter’s life.

According to documents obtained by E! News, Selena producer Moctesuma Esparza filed a lawsuit against Abraham and Suzette Quintanilla and Netflix on Nov. 6. In the suit, he claims that Abraham signed a contract agreeing to give him the rights to the life stories of the Tejano singer in 1995.

Moctesuma goes on to claim in the suit that he, Suzette and Abraham discussed the creation of a series based on Selena’s early life in 1998. It was a follow-up to the biopic starring Jennifer Lopez. However, their plans never came to fruition.

Since then, the Quintanillas have produced another show with Netflix titled Selena: The Series, which is completed and set for a Dec. 4 release.

In creating the Netflix series, Moctesuma alleges Abraham breached their contract. Furthermore, he accuses Netflix of ignoring his rights to Selena’s life stories.

In a 1995 interview with The Los Angeles Times, Moctesuma stated that “he did not seek rights to Selena’s life story,” despite his involvement in the production of the 1997 film.

According to the LA Times interview, Moctesuma and the family instead came to an “informal agreement” that the Quintanillas would have final approval on the script, while Moctesuma fully managed the production side of things.

Moctesuma asserts in his lawsuit, however, that the issue of the rights to Selena’s life stories came back up in 1998, at which point they formalized their agreement.

E! News has reached out to Abraham and Suzette Quintanilla, as well as Netflix, for comment but have not heard back.

The Netflix series, featuring Christian Serratos in the lead role, takes a fresh look at the life of the late Mexican-American star, focusing on her early years in the family band Selena y Los Dinos and her rise to fame as a solo artist.

In an interview with Entertainment Weekly, the show’s creator and executive producer Moisés Zamora teased, “You’ll see her coming of age as she transforms into the incredibly confident superstar everyone knows and loves. We will dive into the family dynamics and will show some interesting things people don’t know about the Quintanillas.”