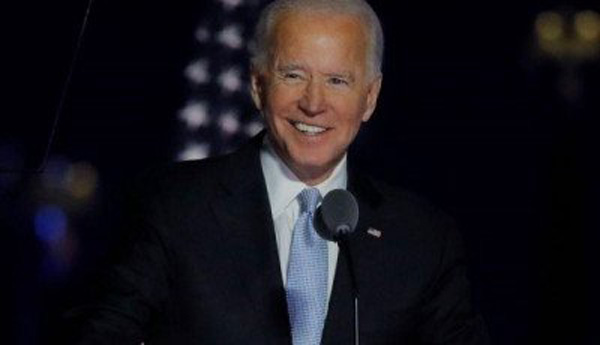 Pakistan’s Ambassador to the United Nations, Munir Akram, has expressed the hope that United States, under the leadership of President-elect Joe Biden, would adopt a balanced approach towards India and Pakistan, and help prevent an all-out confrontation that threatens the region.

“We hope that, as in the past, the US would adopt a balanced approach towards both India and Pakistan, an approach that is equitable, that takes into account the national interests of not only India, but also Pakistan,” he said in an wide-ranging interview with Newsweek.

“If that is the case, if there is a balanced policy from Washington towards the continent, I think Washington would find Pakistan a willing partner,” Ambassador Akram added.

“Obviously, Pakistan would like to have better relations with the United States, and we would be looking to find the areas of convergence where we can work together with the US,” he told Newsweek correspondent Tom O’Conner.

Akram called the US-India strategic partnership a “wrong choice,” but added, “nevertheless that’s the US choice.”

Still, he argued that improving ties with Pakistan could prove extremely beneficial for the upcoming administration.

Correspondent O’Connor wrote that Washington’s tilt toward New Delhi also occurred as nuclear-armed India and Pakistan experienced some of their worst tensions in decades over their decades-old Kashmir dispute.

India removed the special status of the disputed state in August last year which was followed by a severe lock down that saw Indian troops committing human rights abuses against protesting Kashmiri people.

In the interview, Akram hoped that based upon his past statements, Biden as president would be willing to address these issues with Indian Prime Minister Narendra Modi.

In doing so, the Pakistani envoy said, the president-elect could help prevent an all-out confrontation that threatens the region.

“We hope that with this approach of adherence to the principles of human rights and opposition to repression and all that goes with it,” Akram said, “that we will find common ground with the U.S. to help us to defuse the situation in Kashmir, to help us in avoiding the danger of a conflict with our big neighbor, India.

While the Trump administration’s reactions to the human rights abuses in India-administered Kashmir were muted, there are indications that the Biden administration may adopt a more assertive stance, according to the Newsweek report.

Biden’s running mate, former Senator Kamala Harris, whose mother was born in India, issued a statement during her campaign that, “We have to remind Kashmiris that they are not alone in the world.”

She indicated a willingness to get involved directly, if necessary. “There is a need to intervene if the situation demands,” she said.

Biden’s foreign policy adviser, Anthony Blinken, also brought up Kashmir during a July talk hosted by the Hudson Institute, the report pointed out.

“We obviously have challenges now and real concerns, for example, about some of the actions that the government has taken,” Blinken said at the time, “particularly in cracking down on freedom of movement and freedom of speech in Kashmir, some of the laws on citizenship.”

Blinken emphasized the importance of diplomacy. “But you’re always better engaging with a partner,” he said, “and a vitally important one like India.” Akram, in his comments during the interview, hoped this translates into political action.

“Hopefully, if the Biden administration is open to looking at the reality of the Jammu and Kashmir situation and what the Indians are doing there,” he told Newsweek, “that it will come to the conclusion that it is important to achieve a political solution as well.”

While Pakistan Prime Minister Imran Khan has yet to bring up the Kashmir dispute in public correspondences with the upcoming administration, it’s likely to be at the center of future contacts between the two leaders, Newsweek said.

In the context of Sino-Indian tensions, Newsweek report said the Trump administration’s shoring up of regional ties has not been limited to India, noting that the U.S. has reinvigorated the Quadrilateral Security Dialogue (QUAD) in recent years, bringing together Australia and Japan in a bid to pursue a vision of a “free and open Indo-Pacific”.

Such coalition-building has angered Beijing, whose embassy in Washington accused US Secretary of State Mike Pompeo last month of “reckless smearing and groundless accusations”.

But Ambassador Akram told Newsweek that Pakistan is not alarmed by these developments.

“The (QUAD] is not a direct concern for us,” he said, “because we are not in competition for regional or global power. We have no pretensions to be a major power.”

He explained that he understood why the US would want to court a market as big as India’s, but that Pakistan was seeking assurances that the Washington-New Delhi relationship would not come at Islamabad’s expense.

On his part, the Pakistani envoy said that Islamabad’s first priority is development, and that the Trump administration’s protectionist approach in attempting to counter Chinese President Xi Jinping’s Belt and Road Initiative of intercontinental infrastructure projects and investment has been met with a cold reception in Pakistan.

Ambassador Akram suggested there is a real opportunity for expansion of US-Pakistan relationship.

“Whereas China may have some advantage vis a vis investment in physical infrastructure at the moment, the United States has an advantage in investing in human infrastructure aside,” he said. “There is a potential partnership we would be looking at with an administration that is open to such cooperation with Pakistan.”

This attitude, he hoped, would be extended globally as well, reversing the Trump administration’s unilateral exit from international agreements and institutions.

“From what we see, the Biden administration would wish to re-engage with the international community,” the Pakistani envoy said, “to re-engage at the multilateral level with international organizations in order to resolve issues like climate change, to achieve more equitable development in the world, to address human rights, non-proliferation.”

He said that these issues require working not only with partners, but also with rivals such as China. “If this is to be promoted, there is so much more that could be done when the United States and China are working, if not together but at least in tandem, in the same direction,” Akram said. “If multilateralism does imbue the policies of the Biden ministration, this would lead to some reduction in tensions, resumption in cooperation at the international level, and I think that would be good for everybody in the world.”