* CM says as the world is battling to cope with coronavirus pandemic, Modi regime is busy in destroying peace in region 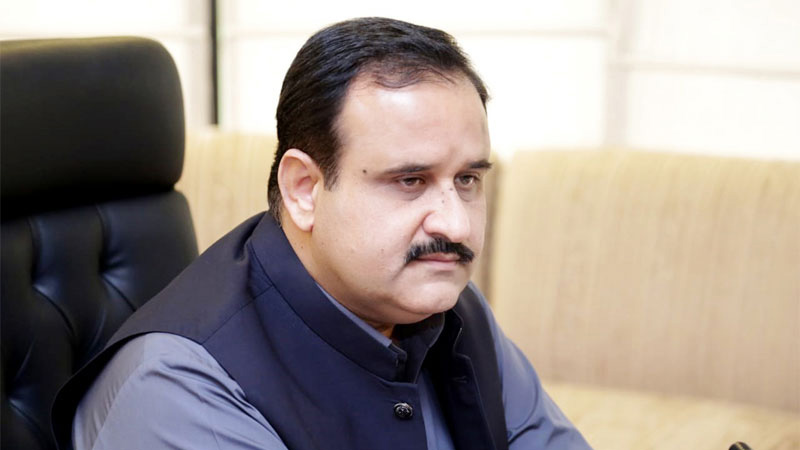 Punjab Chief Minister Sardar Usman Buzdar has strongly condemned the incidents of unprovoked firing and shelling by the Indian army on the civilians on Line of Control (LoC).

Usman Buzdar expressed a deep sense of sorrow and grief over the martyrdom of four citizens and a Jawan and extended heartfelt sympathies with the bereaved family members and prayed for the early recovery of the injured citizens and jawans. The Chief Minister said that the firing and shelling of unarmed citizens is a highly condemnable and cowardly act. The world is united to cope with coronavirus whereas the Hindu Supramist Modi regime is destroying the peace in the region. India is violating human rights and international laws by targeting the unarmed urban population. The violation of the LoC by the bigoted Modi regime is a constant threat to peace in the region. Modi has become a second Hitler, he added.

Usman Buzdar said that India should not remain in any misconception as Pak Army is fully capable to answer Indian Army aggression and the Pakistani Nation is standing beside their brave armed forces.

Punjab Chief Minister Sardar Usman Buzdar on his way back from Turbat paid a surprise visit to Multan City without any protocol on private car. He began the visit with Nishtar Hospital Multan. Administration and police officials were unaware about CM’s surprise visit. Usman Buzdar reviewed the cleanliness situation of Multan and other civic amenities. He also inspected the treatment facilities being provided to the patient in Nishtar Hospital. The chief minister expressed indignation while taking notice of unhygienic condition of the hospital and on public complaints with regard to providing treatment facilities directed to suspend MS Nishtar Hospital and CEO Multan Solid Waste Management Company.

Usman Buzdar expressed displeasure over the substandard cleanliness condition in the city as well. He said I am standing beside my citizens, cleanliness is next to Godliness he showed concern over substandard cleanliness in Multan city. He found arrangements and treatment facilities unsatisfactory in Nistar Hospital during his visit. He asked departments providing civic amenities to the citizen that they should improve their performance. He said that he will continue to pay surprise visit and inspected the civic amenities in every city. Concerned officers should go to the field and improve the situation.

Chief Minister Punjab Sardar Usman Buzdar has congratulated the Hindu Community of Pakistan on the occasion of Dewali and said participating in the festivals of other communities is the culture and tradition of Punjab. He said that Hindus and other minorities enjoy equal rights in Punjab. He further maintained and equal opportunities for education are being provided to minorities in the province. Giving respect to minorities and treat them better is a hallmark of Islam. He said that every citizen of minorities has equal rights and constitutional cover in Punjab.

He said that the Punjab government is providing substantial funds to the Hindus community and other minorities. Participating in each other’s festivals promotes harmony and brotherhood, he concluded.