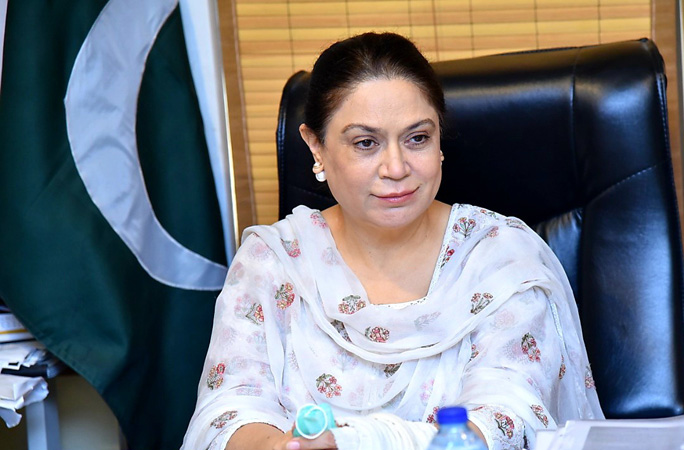 She said that women constitute the 45% of total vote for the upcoming election in GB. Previously, women were marginalized in political participation but PTI is committed to involve women in electoral process, for which awareness campaigns and training programs have been held. She added that at least 16 election offices have been established for women. She added that this was the first time in GB elections that a political party had established election office for women.

The PTI leader said that owing to the untiring efforts of PTI in GB, Skardu, Astore, and Hunza, election offices are turning out to be a success and women voters are able to get their voter lists. She went on to add that focus of PTI was on drawing out the women voters in the region and efforts are already showing the result.

Expressing confidence on within party merit and homework of PTI, Nilofer Bakhtiyar said that PTI gave the ticket of direct elections to the President of women wing GB Advocate Amna Ansari.

Meanwhile, nominations for reserved seats have also been made on basis of merit. She said that successful convention of women held in GB signifies that PTI has been successful in mobilizing the women voters. She added that unlike other parties, PTI has full confidence in its candidate Advocate Amna Ansari.

She said that PTI played the leading role in bringing out the female population which will decide the fate of elections in GB. She expressed confidence and satisfaction over the homework of PTI to increase the turnout of women voters, and it will be the decisive factor on the day of election.