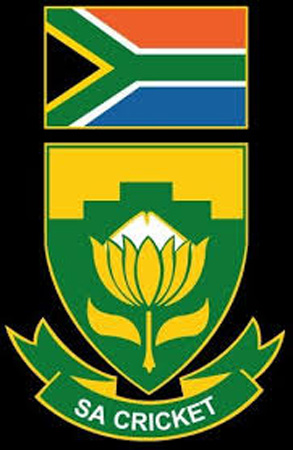 LONDON: England’s white-ball tour of South Africa, which starts at the end of the month, could be at risk of being called off unless Cricket South Africa’s Members’ Council tonight ratifies the interim board South Africa’s sports minister Nathi Mthethwa imposed on the organisation two weeks ago. On Thursday, the Members’ Council made public its decision not to appoint the interim board citing an inability to work with them. Mthethwa has since threatened to sanction CSA, which includes withdrawing recognition of them as the game’s official governing body in this country, if they do not allow the interim board to proceed. Should CSA’s Members Council not relent and Mthethwa intervene, South Africa will not have a official team to represent the country, thus making the England tour impossible.

“I don’t know what the thinking is in England but if the Members Council does not take a proper decision this evening, England will probably be seriously discouraged from coming,” Judge Zak Yacoob, the chair of the interim board, told the media. CSA’s Member’s Council ––– the highest-decision-making body in the organisation which is made up of the 14 provincial presidents –––- meets tonight and has so far, shown no signs of willingness to co-operate with the interim board. England are due to arrive in South Africa on Monday for a 10-day quarantine period with fixtures scheduled to begin on November 27.

“We hope that CSA recognises that giving us the authority to work properly is a smaller disadvantage to them and to cricket than the minister withdrawing recognition,” Yacoob said. “It would be sad if the minister has to proceed in terms of the legislation. That is going to be the fault of the Members Council and that is for the Members’ Council to answer to.” Further, should Mthethwa take drastic action, that may prompt the ICC to step in as its constitution prohibits government interference in any of its members. However, in order for the ICC to consider a sanction against CSA, a member has to make a formal complaint or there must be exceptional circumstances. Yacoob said that the CSA Members’ Council have already indicated they would do such, as they view the interim board’s appointment as interference, but Yacoob has urged the ICC not to view it as such. “We would make it quite clear that the minister’s appointment of the board does not amount to interference and if CSA contends that, it would be continuing in its misleading attitude,” he said.

Meanwhile, the South African Cricketers’ Association have expressed their ‘despair and disbelief’ at the Members’ Council refusal to recognise the interim board and have begged them to reconsider. “We have addressed formal correspondence to the Members’ Council advising them of our dismay at their decision, and highlighting their disregard for the welfare of players in passing this decision,” Andrew Breetzke, SACA CEO said. “Self-interest and politics are continuing to triumph over the best interests of cricket, at a time when the game is crying out for stability and certainty. It would appear as if the Members’ Council do not realise the extent of the damage being done to cricket, and sadly we are reaching a point where that damage may be irreparable. We have been in this state of crisis for over 18 months, and the window of opportunity to change direction is closing fast.”