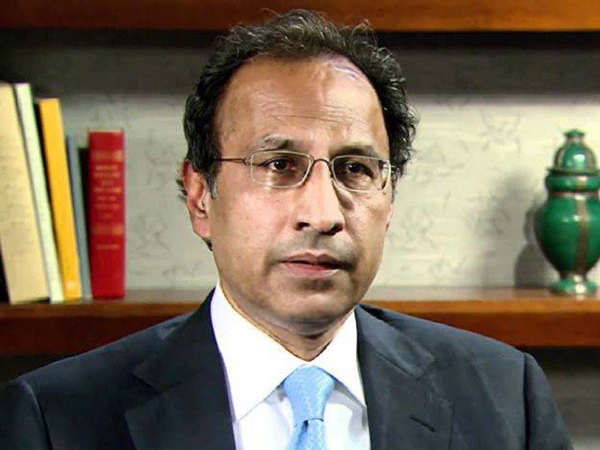 Adviser to the Prime Minister on Finance and Revenue, Dr. Abdul Hafeez Shaikh Friday urged the technical committee to simplify relevant procedures to ensure clarity and transparency in revenue collection.

He was charging a virtual meeting of Federal Board of Revenue (FBR) Technical Committee, said a press release issued here. Chairman FBR Muhammad Javed Ghani and other senior officials attended the meeting. Chairman of the Committee Abid Shaban, gave a detailed presentation during the meeting. After due deliberation, it was decided to engage experts as co-opted members to streamline the working of the committee. Representatives of the Commerce and Industries Divisions would also be included to further strengthen the committee.

During the meeting, ‘FASTER’ system of Sales Tax Refund for exporters was appreciated. It was agreed that both FASTER and Rebates Systems would be fine-tuned for more efficient results on priority basis. The technical committee directed the Ministry of Commerce to clear the backlog with reference to DLTL refunds expeditiously. FBR would devise a strategy for liquidation of pending income tax returns.

Biotechnology: Minister for National Food Security and Research Syed Fakhar Imam on Friday advised the scientists to adopt advance biotechnology tools as genomics strategy for rapid yield enhancement of other crops such as wheat, sugarcane, oil crops, and horticultural crops.

He also stressed the need to develop like Green Super Rice techniques to improve local animal breeds through genomics based research.

Using latest technique of genome based breeding by design; NIGAB scientists in collaboration with international scientist and Chinese partners have developed these rice varieties. The yield potential of selected rice varieties ranges from 80 to 120 mounds per acre. Dr Ali, explained that with extra long grain there are good chances to capture the export market of rice internationally.

This project is very important to rapidly enhance the yield of rice as desired in Primer Minister Rice productivity enhancement Initiative. Syed Fakhar Imam appreciated the efforts of scientists for developing Green Super Rice. Later on, the minister visited the Genomics institute laboratories and appreciated the research work done and available facilities, which are comparable to any international genomics institute.

Addressing the scientists, minister stressed the needs to adopt modern breeding techniques for per acre yield increase of Pakistani varieties. He also advised the students and researchers to get advance trainings from international institutes from other countries like China which have developed advanced breeding institutes through genomics and biotechnology for uplift of Pakistani institutes in these techniques. Other officials and scientists of Pakistan Agriculture Research Council were also present at the occasion.

LSMI: The Large Scale Manufacturing Industries (LSMI) production grew by 7.65 percent on year-on-year basis during the month of September 2020 as compared to the corresponding month of last year, Pakistan Bureau of Statistics (PBS) reported.

Meanwhile, the major sectors that showed positive growth during September 2020 included textile (2.08%) food, beverages and tobacco (12.99%), coke and petroleum products (2.75%), pharmaceuticals (13.41 %), chemicals (8.02%), non-metallic mineral products (22.17%), fertilizers (2.03%), paper and board (10.35%) and rubber products (8.24%). On the other hand, the LSM industries that witnessed negative growth, included automobile (5.74%), iron and steel products (8.06%), electronics (20.75%), leather products (44.70%), engineering products (37.15%) and wood products (69.72%). It is pertinent to mention here that the provisional QIM is being computed on the basis of the latest production data received from sources, including Oil Companies Advisory Committee (OCAC), Ministry of Industries and Production (MoIP) and Provincial Bureaus of Statistics (PBoS).