No point in being naive about the harsh realities women face: Sanam Saeed 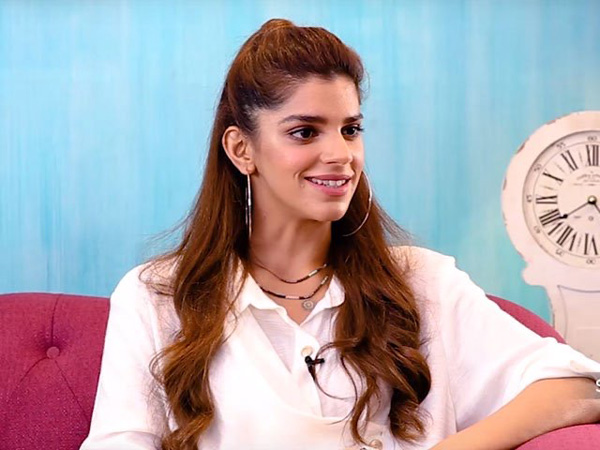 Sanam Saeed is no stranger to impactful scripts with projects like ARY Digital’s Aakhri Station under her belt. So, when a short film Ab Buss came knocking, there was no way that Saeed could not take up the role.

Ab Buss, a 10-minute mystery-thriller that premiered on YouTube on November 6, features Saeed in a starring role as Maya and is clearly inspired by the horrific motorway rape incident that shook the nation in early September.

Talking to media, Sanam Saeed shared why this project is so close to her heart.

“Considering the motorway incident and all the other incidents that followed soon after regarding women being abducted by random strangers on the road I think this narrative is an eye-opener,” she said, emphasising how important it is to understand the gravity of such situations.

“When I read the script I thought it was really intelligently written,” Saeed added, sharing how the script benefits from being simple yet extremely impactful.

The Daam actor went on to share how she keeps safe in such tumultuous and uncertain times, explaining the importance of having your house and/or car keys on hand, and thoroughly knowing your surroundings.

“My car windows are slightly tinted and I know where all the ranger or police stops are. I also have emergency numbers on speed dial,” she opened up, adding that while she currently doesn’t have a pepper spray, it is a great thing to keep in your bag as well. “A friend’s father got her a pepper spray to keep in her bag which I thought was brilliant and much needed,” said Saeed.

Saeed also had some wide words for girls who may be hesitant to venture out and follow their dreams because of recent events. “To the young girls who are starting out their dreams but might hesitate… There are all kinds of predators out there, so there’s no point in remaining naive or clueless about the harsh realities we as women face at home at times or outside of the house,” she said.

According to her, it’s also important to keep your aura in check to deter some predators. “Be alert, not oblivious, and have your keys ready at all times. Make your own aura too; don’t be vulnerable and scared. Be confident and assured because that vibe scares predators away.” In the end, Saeed reiterated the importance of having a strong safety net. “Have a support system, have a group or person you trust, and can reach out to. And don’t hesitate to speak up if you have been wronged. Your voice matters no matter what people say,” said the Dobara Phir Se actor.