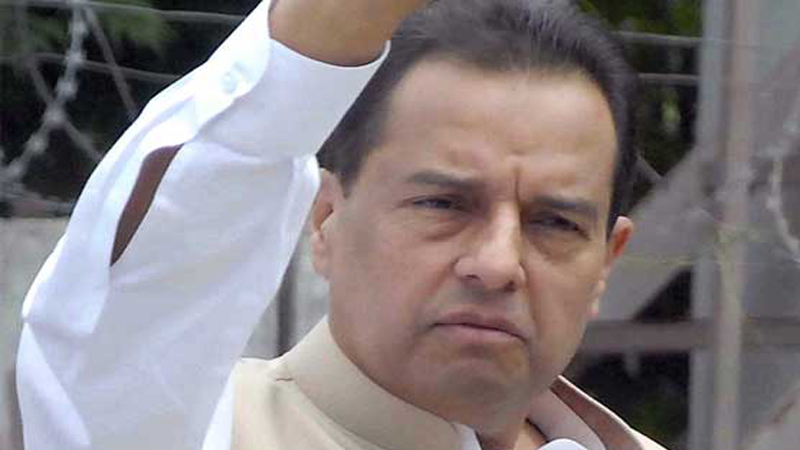 The federal government on Friday approached a court in Karachi against the Sindh Police’s recommendation to declare as ‘B-class’ a case against PML-N leader Capt (r) Safdar pertaining to the alleged violation of the sanctity of Quaid-i-Azam’s mausoleum.

The move by the Pakistan Tehreek-i-Insaf government comes in the backdrop of a report submitted by the case’s investigation officer to the court last week, wherein he has declared the case against the PML-N leader ‘fake’ and recommended its disposal in ‘B’ class.

An assistant attorney general filed an application with the court on behalf of Ghulam Akbar Memon, an officer of the Mazar-e-Quaid Management Board. He sought the court’s direction for the IO to collect evidence from the media and social media against the suspects, as “this is a matter of grave violation of sanctity of the tomb/shrine/Mazar-e-Quaid of the national Muslim leader of Pakistan and this is a matter of Shariah.”

The federal law officer Muhammad Ahmed argued that the violation of the sanctity of founder of the nation’s grave was a sin/transgression in the Shariah, and is not a political issue. He argued that the (incumbent) magistrate is competent to take cognisance of an offence, if upon considering not only the investigation report filed under Section 173 of the Criminal Procedure Code (CrPC), but also material collected during investigation they come to the conclusion that a cognisable offence has been made out.

He appealed that an investigation under the Criminal Procedure Code must be completed without unnecessary delay, praying the court to direct the IO of the case to submit a charge-sheet against the nominated suspects. He also pleaded the court to decide the matter on merit.