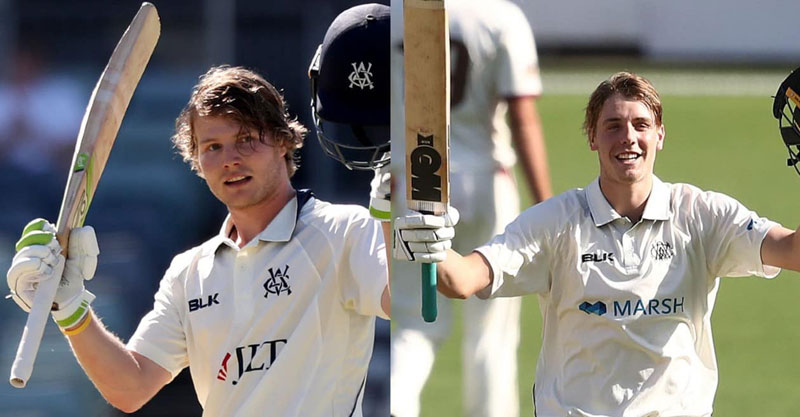 MELBOURNE: Australia have named batting talent Will Pucovski and all-rounder Cameron Green among five uncapped players in an extended 17-man squad for the four-test series against India. Victoria opener Pucovski and Green join seamers Sean Abbott, Michael Neser and Queensland legspinner Mitchell Swepson among the potential Test debutants against Virat Kohli’s team. Shaggy-haired 22-year-old opener Pucovski has been in red-hot form with the bat, scoring 495 runs in two Sheffield Shield matches. He re-joins the test squad nearly two years after narrowly missing out on a debut against Sri Lanka.

Along with Pucovski, Green has been earmarked as a future test performer and has piled up the runs for Western Australia in the Shield. He has only recently returned to bowling after a back injury, however, and his best chance of a debut may be the third test at the Sydney Cricket Ground to provide another pace option if Australia opts for two spinners on a turning wicket. New South Wales paceman Abbott and Queensland veteran Neser are the reserve quicks behind regulars Pat Cummins, Mitchell Starc, Josh Hazlewood and James Pattinson. The uncapped five may struggle to dislodge anyone from the Australian team that whitewashed Pakistan and New Zealand last summer, though opener Joe Burns may be feeling the heat from Pucovski after a run of low scores for Queensland. India beat Paine’s team 2-1 in 2018/19, becoming the first Asian side to triumph in a Test series on Australian soil.