* The premiere ceremony of PHJ was attended by Moin-ul-Haq, Pakistan’s ambassador to China and other dignitaries 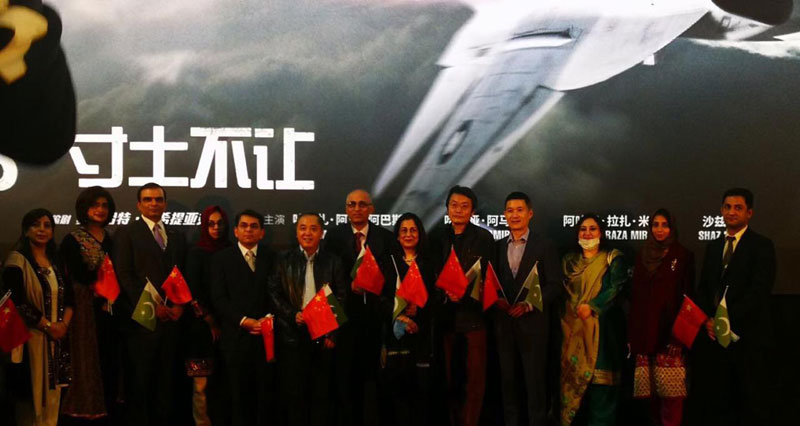 The commercial release of PHJ in China comes ahead of the 70th anniversary of Pakistan-China diplomatic ties. The JF-17 Thunder aircraft shown in the film is jointly produced by Pakistan and China which is a testament of the brotherly bond between the two countries and its people.

The premiere ceremony of PHJ was attended by Mr Moin-ul-Haq, Pakistan’s ambassador to China and other dignitaries. Speaking on the occasion, Mr Moin expressed his joy at the release of a Pakistani film in mainland China in over four decades and suggested that the Pakistani and Chinese film industry should work together to produce movies in the future. Commenting on the film’s storyline Mr Moin said that the film has action, drama, love, emotions and of course love for one’s country, and the sentiments and values are common to China as well.

Parwaaz Hai Junoon outlines the lives, relationships, challenges, duty and hardships of Pakistan Airforce officers and encompasses the roles, patriotism and courage of female fighter pilots of the PAF. Shot in some of the majestic locations of Pakistan, PHJ shows the scenic beauty of Pakistan which will leave an everlasting impression on its viewers and promote tourism. The film is set to release across China on November 13, 2020.