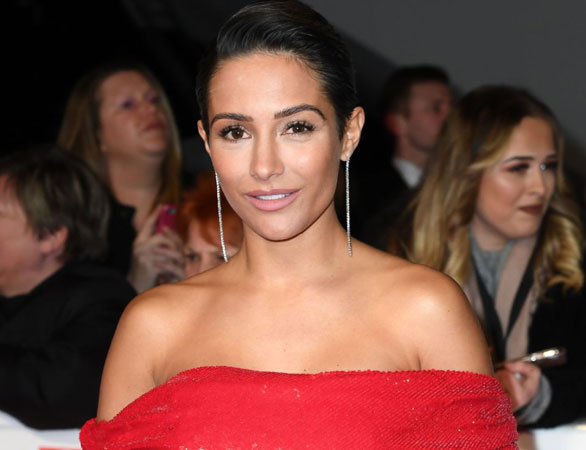 Frankie Bridge has told how she was in tears after her car was towed away and she was left not knowing where it was.

The former Saturdays star, 31, posted a message on Instagram telling fans that her car was taken away after she “stupidly missed the parking suspended sign”.

Due to technical issues, nobody could tell the mother-of-two where her car was.

Luckily, her father came to the rescue.

Bridge told her 1.2 million followers on the site: “Car got towed (I stupidly missed the parking suspended sign).

“Their system was down. So no one could actually tell me where my car was. They were very unhelpful. “Luckily my dad’s a cabbie so guessed where it might be.”

The singer – who shares two sons with her footballer husband Wayne Bridge – went on: “My cab driver Amble from @wheely was so lovely and helpful. “Gave me some painkillers for my stress headache. Told me to stay calm. Waited until he knew I could get home.”

“Now here trying to get hold of documents that obviously I don’t just have in my bag daily!” she went on. “Why can’t they just give tickets and be done with it?!” Bridge said the moral of the story was that she was “an idiot”.

“And a crying one at that,” added the star. She also advised her fans to check their parking when in a rush, so that they don’t miss a parking rule as she did. “Some people are d***s. Some people are lovely!” she said.