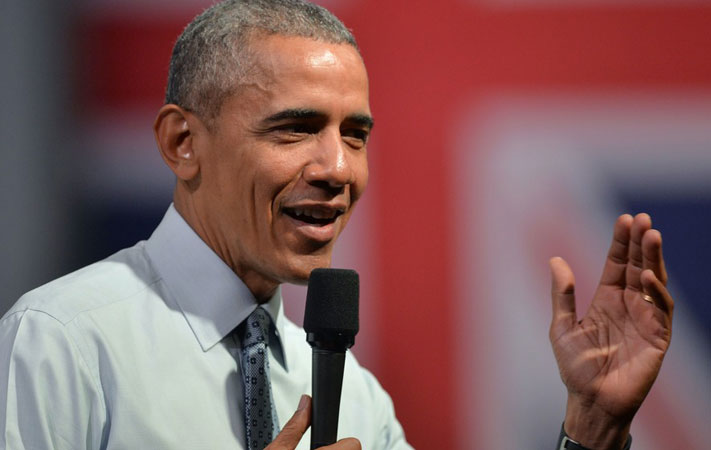 The former US president will talk about what he has learned from reading Booker Prize winning novels, according to organisers.

His pre-recorded message will be played at the ceremony when it takes place at the Roundhouse in London next week.

The Duchess of Cornwall will also share her thoughts on the importance of reading during the pandemic at the event.

Author Kazuo Ishiguro will make an appearance to discuss his experience of winning both the Booker Prize and the Nobel Prize for Literature.

Bernardine Evaristo and Margaret Atwood will discuss what they have been doing in the year since they jointly won the prize.

The ceremony will also feature a number of readings by actors including Thandie Newton, Paapa Essiedu, Anne-Marie Duff and Ayesha Dharker.

Avni Doshi’s debut novel Burnt Sugar and Maaza Mengiste’s The Shadow King are among the books shortlisted for this year’s prize.

The New Wilderness by Diane Cook, Tsitsi Dangarembga’s This Mournable Body, Douglas Stuart’s Shuggie Bain and Real Life by Brandon Taylor are also up for the award.

Dame Hilary Mantel, who featured on the longlist, failed to make the cut and missed out on becoming a triple winner of the prize with the third book in her Cromwell trilogy, titled The Mirror And The Light.

The previous two books in her series won the award.