‘More important than ever’ to deepen ties with Pakistan: EU 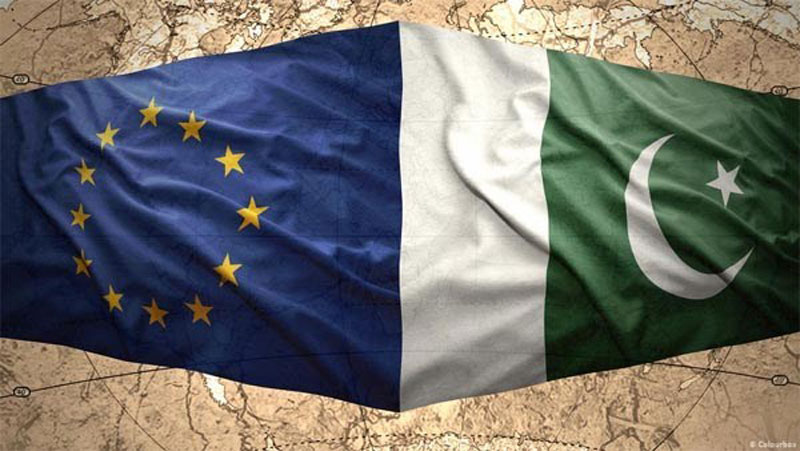 High Representative of the European Union for Foreign Affairs Josep Borrell has said that it has become more important than ever for EU to deepen ties with Pakistan amid a situation of Covid-19 crisis, fight against terrorism and growing international and regional tensions.

Josep Borrell, who recently led his side at the fifth round of Pak-EU Strategic Dialogue along with Foreign Minister Shah Mahmood Qureshi, highlighted the importance of having close relations with Pakistan – a country with half of its 220 million population comprising youth and the second largest trade partner with EU.

In his blog ‘Why EU-Pakistan relations are so important’, the EU Foreign Minister took a stock of the issues discussed during the Pak-EU Dialogue, mainly EU General Scheme of Preferences, Financial Action Task Force (FATF), Islamophobia, climate change and Afghanistan.

“Pakistan possesses nuclear weapons and plays a central role in a critical region involving China, India, Iran and Afghanistan. In the current circumstances, EU-Pakistan relations are a very important issue for us,” Borrell wrote.

Josep Borrell mentioned that 60 percent of the products benefiting from the EU General Scheme of Preferences come from Pakistan. The EU is also the country’s second largest trading partner, with 35 percent of Pakistan’s exports going to Europe. “Economic relations have also been an important part of our exchanges, even more so as the consequences of the COVID-19 crisis are heavily affecting the region,” he said.

He said EU spent €150 million in assistance to Pakistan in response to COVID-19 situation crisis. The GSP Plus removes import duties from products coming from vulnerable developing countries, to help them alleviate poverty and create jobs based on international values and principles. “We are exploring ways of making full use of this regime to alleviate the effects of the COVID-19 crisis,” he said.

At the last review of FATF, he said the EU had advocated for a positive tone of the statement on Pakistan as he asked his interlocutors for its early implementation and offered EU’s technical assistance. “We will hold in 2021 the first meeting of the EU-Pakistan Security Dialogue foreseen in our 2019 Joint Strategic Engagement Plan,” he said.

He mentioned that Foreign Minister Qureshi during the talks, expressed concerns over the “Islamophobic acts” in Europe that had deeply hurt Muslims around the world, and particularly in Pakistan. He said EU was based on a model of a secular society.”This model is often difficult to understand for societies that have different values and societal and political systems,” he said.

“Exchanging on these difficult issues, we both agreed in condemning all violence and the killing of innocent people, and reaffirmed our joint determination to defend and strengthen human rights and fundamental freedoms and to promote tolerance and coexistence between different religious faiths,” he added.

Josep Borrell expressed hope to develop EU’s cooperation with Pakistan on energy and climate related issues and count on Pakistan to help enhance the commitments made by the different countries in the framework of Paris Agreement next year.

He said Pakistan and EU in the dialogue agreed to “provide strong support for an Afghan-led and Afghan-owned peace process” and welcomed the progress made in the last two years, in particular the signature, in February 2020, of an agreement between the US and the Taliban. He recalled that Foreign Minister Qureshi expressed Pakistan’s concerns about human rights violations by India in the region of Jammu and Kashmir, and its attempts to change the demography of the disputed territory. “As EU, we are following the situation in that region closely and I underline the need for restraint, a de-escalation of tensions and the resolution of the dispute through dialogue and diplomatic engagement,” he said.

In the backdrop of US-China relations, Josep Borrell said, “it is more important than ever for the EU to deepen its ties with a country like Pakistan, crucial for regional stability in South Asia. And this is what we will do.”