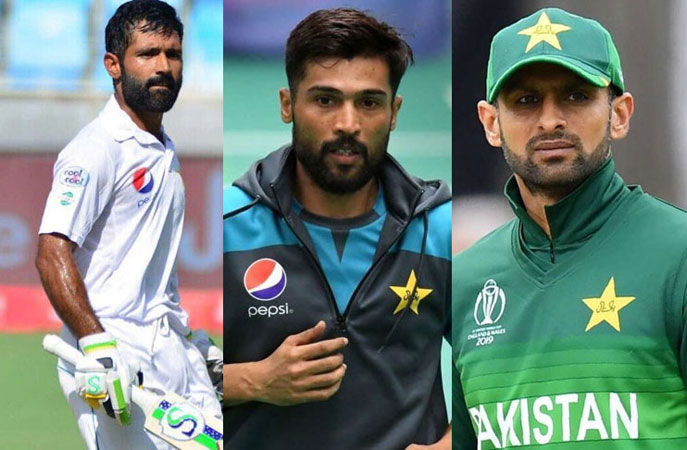 LAHORE: Pakistan cricket selectors, headed by former Test skipper Misbahul Haq, on Wednesday dropped veteran players Asad Shafiq, Shoaib Malik and Mohammad Amir from a 35-member squad named for the upcoming tour of New Zealand. The selectors will pick the national men’s and Shaheens squads from the 35-member outfit. The players, along with 20-member players support personnel, will leave for Lincoln on November 23 and will spend 14-day quarantine period on landing. Pakistan will play three T20Is on December 18, 20 and 22, and the ICC World Test Championship fixtures will be held in Mount Maunganui and Christchurch on December 26-30 and January 3-7, respectively. Babar Azam has been confirmed Pakistan captain in all formats. His vice-captain in Tests will be Mohammad Rizwan, while Shadab will be his deputy in the shorter version. Pakistan last toured New Zealand for a Test series four years ago, in 2016, with the hosts winning 2-0.

Misbah said in a statement: “These unprecedented Covid-19 times provide a unique opportunity to some of the most talented and best domestic performers to represent the national and Shaheens squads against a quality opposition such as New Zealand, gain valuable experience and exposure, and further improve their skills so that they can strengthen their claims for international call-ups. This tour schedule has been designed in such a way that we play tough intra-squad matches in the lead up to international matches and compensate for the local oppositions. While the national side will be involved in one format, Shaheens will be in action in the other format. This means all the players will be busy and playing competitive cricket.”

He said the matches in New Zealand were critical for Pakistan. “We aim to improve our T20I rankings and also gain valuable points in the ICC World Test Championship. In this background and taking into consideration recent player performances, we have selected the best available players. I want to congratulate uncapped Amad Butt, Danish Aziz, Imran Butt and Rohail Nazir who have impressed the selectors with their form, technique, temperament and ability to secure places in the 35-player pool. However, these four players are amongst some other players who have been selected specifically for Shaheens as part of our strategy to build our bench strength.”

He added that there were three major omissions from the side that toured England. “Asad Shafiq has been left out due to lack of form after he managed 510 runs in his last 15 innings, including a total of 67 runs in England. Asad Shafiq is an experienced batsman and I am sure he will utilise this time to work harder on his game in the domestic first-class matches so that he, like Sarfaraz Ahmed, can reclaim his form and be back in contention for the upcoming Tests against South Africa and Zimbabwe. Shoaib Malik and Mohammad Amir are not part of the white-ball matches as for this tour we have opted to invest, develop and focus on the promising and emerging players who are likely to be available to Pakistan for all formats. We have kept faith in Mohammad Hafeez and Wahab Riaz purely on the basis of their outstanding and consistent performances as well as the value they bring to the T20I squad,” he concluded.

Schedule of Shaheens vs New Zealand A will be announced as soon as it is confirmed by the NZC. 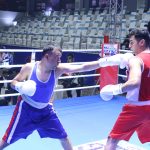