The Council of Common Interests has agreed to launch a project worth Rs 350 billion for the next five years to control malnutrition and stunted growth among children in the country. 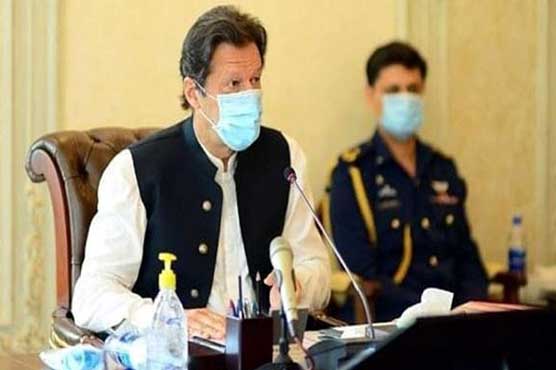 The decision to this effect was taken at CCI meeting held in Islamabad on Wednesday with Prime Minister Imran Khan in the chair. Chief Ministers of Punjab, Sindh, Khyber Pakhtunkhwa and Balochistan also attended the meeting.

The meeting decided that the federal government would provide for nutrition supplementary commodities, capacity building of new and existing healthcare workers, research and monitoring while the provinces would contribute towards implementation through lady health workers and community health workers. It would also identify the target population and handle programme management, institutional arrangement, evaluation and data sharing.

Pakistan Tehreek-i-Insaf had vowed to address malnutrition and stunted growth in its 2018 election manifesto with Prime Minister Imran Khan highlighting them in his speeches before and after coming to power.

Keeping in view the importance of developing a consensus on energy issues of the country, it was decided that next meeting of the Council will be called in first month of next year to finalize issues related to the cost of electricity, gas and fuel, and resolve water-related issues.

The prime minister emphasised that energy issues carry a national impact and it is necessary that a consensus is developed among the provinces where a win-win result is achieved for the benefit of the people of Pakistan.