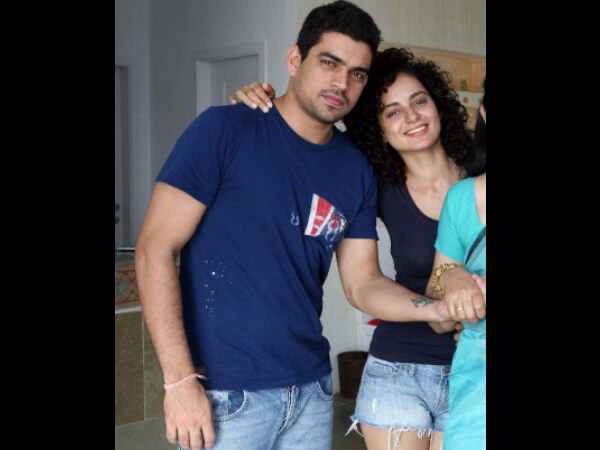 The wedding ceremony is being hosted by the Ranauts in Udaipur. Taking to social media, Kangana and her sister Rangoli Chandel gave us a glimpse of the celebrations and it’s no less than a fairytale wedding ceremony.

Kangana opted for a gold-bronze lehenga for the festivities while Rangoli chose to drape a sari. During the mehendi ceremony, Kangana also did the shagun by making a small design on Akshat’s palm.

Over the weekend, Kangana announced that Aksht will marry in Udaipur in the presence of family and close friends. Revealing more details about the wedding, Kangana tweeted: “This is such a lovely time for my family and me, I am hosting my brother’s destination wedding in Udaipur where Ranauts originally hail from, leaving for my parents house now, because of corona it’s a small intimate gathering now but excitement is the same.”

The wedding will reportedly take place on November 12. Meanwhile, on the work front, Kangana Ranaut will be seen in ‘Thalaivi’, which is the biopic of the late politician J Jayalalithaa. She also has ‘Dhakad’ in the pipeline.