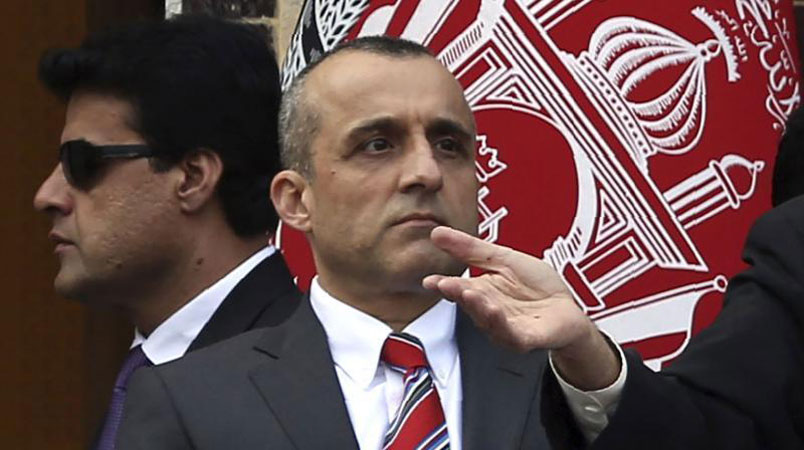 Pakistani diplomats in Kabul have angrily reacted to suggestions by a senior Afghan official to interfere in the Pakistani visa operations.

Afghan First Vice-President Amrullah Saleh has recently embarked on a “dangerous trend” by raking a debate around issuance of Pakistani visa and deliberately take the matter into controversies, a Pakistani official at the Pakistani embassy in Kabul told Daily Times on Wednesday.

In the last two weeks he has made tweets criticizing the Afghan agents outside the Embassy and consulates extorting money from Afghan visa applicants. In this regard, he has mentioned some six circles involved in mistreating visa applicants.

But Amrullah Saleh who has recently been designated as head of the security of Kabul city has come up with strange ideas for establishing 16 Afghan collection centers for channeling the applicants to Pakistani embassy.

It’s strange that while he is criticizing the six corrupt circles but instead trying to create 16 new centers that are aimed at bringing new extortionists. It may be recalled that such measures last month by Governor Nanagarhar led to the killing of 11 Afghan aged visa applicants and some 38,000 passports were collected by the Governor’s staff, which the Afghan authorities are now pressing the Pakistan side for issuance of visas. Is it thinkable to happen in any visa regime in the world? Yet Amrullah Saleh is trying to replicate the basis for similar untoward incidents in Kabul.

Afghan media has reported that an Afghan security official General Khoshal Sadaat has been assigned to collect passports from Afghans seeking Pakistani visas.

A Pakistani official in Kabul said that Pakistan has categorically opposed these proposals in writing to the Afghan government. “The Afghan side has been told that they should not be interfering in the visa procedures of the government of Pakistan. The focus of the Afghan authorities should be on removal of agents and extortionists from around the Embassy and provide space for the people to line up and deposit their applications at the Embassy’s consular windows,” he said.

Pakistan has recently taken a number of positive steps with its new liberal visa policy providing for long term multiple entry visas. The collection and distribution systems are also being improved significantly. Despite all limitations, during October Pakistan Embassy in Afghanistan and our Consulates issued 75,000 visas to Afghan citizens.

There is no precedent in the world that an embassy issued visas in such large numbers to its neighborly country. This is probably the only such case and that is because of the brotherly relations between the people’s of the two countries.

It is, therefore, quite evident that the proposals appearing in Afghan media with reference to Afghan Vice President for establishing collection points for channeling visa applicants to Pakistan Embassy is likely to damage the present phase of positivity when we are seeing genuine prospects of enhanced trade, transit, connectivity and people to people exchanges. Any misadventures can have disastrous consequences.

Afghan visa seekers have appreciated the performance of the Pakistani embassy for arrangements to issue visas.

“I saw a huge crowd today (Wednesday) outside the Pakistani embassy in Kabul but I want to appreciate the arrangements and patience of the embassy staff,” an Afghan national, who runs a small shoe manufacturing factory in Peshawar told Daily Times from Kabul after submitting his visa application form.

Meanwhile Pakistani embassy in Kabul said on Wednesday that Pakistani missions in Afghanistan will continue to collect visa applications as per established practice.

“We do not conform to any visa collection centers as propagated in the media. We look forward to continued cooperation and assistance of Afghan authorities,” the statement said.