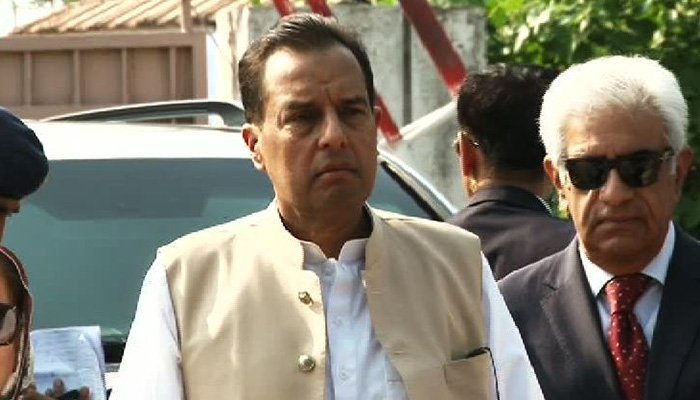 Captain-SafdarA petition against the bail of Pakistan Muslim League-Nawaz (PML-N) leader Captain (r) Safdar on Wednesday has been filed at district and sessions court in Karachi in desecration of Mazar-e-Quaid case. According to details, the plaintiff said that Captain (r) Safdar was granted bail by neglecting facts in the case. The hearing on the plea will be conducted on November 18. Earlier, PML-N leader Captain (retd) Muhammad Safdar was released on bail by Sindh police following orders from city court Karachi. Let it be known that Pakistan Tehreek-e-Insaf (PTI) leaders had filed a complaint against Maryam Nawaz and Captain (retd) Safdar among 200 PML-N workers at the Brigade Police Station in Karachi for chanting slogans at the Mazar-e-Quaid. According to the FIR, the case had been registered on Section 6 (convening of meetings or processions at the mausoleum), Section 8 (entry into mausoleum with weapon) and Section 10 (penalty for contravention of provisions) of The Quaid-i-Azam’s Mazar (Protection and Maintenance) Ordinance, 1971.