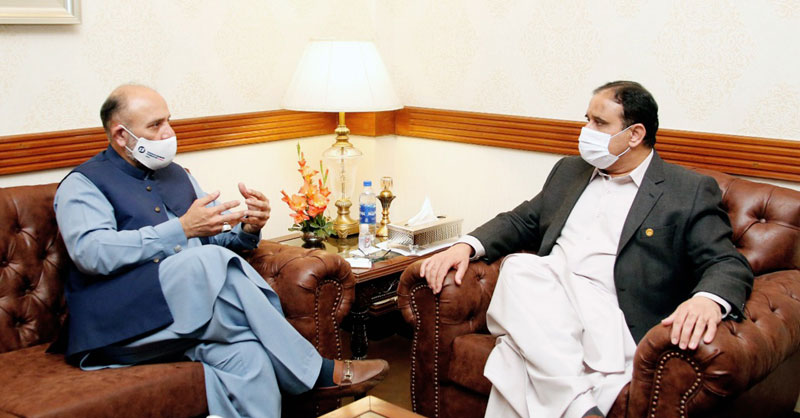 Chief Minister Punjab Sardar Usman Buzdar has given in-principle approval to ply green electric buses with the direction to complete the relating matters as soon as possible.

While presiding over a meeting at his office, the CM asked the transport department to submit comprehensive recommendations as soon as possible. These buses will ply on 103 kilometres long six different routes in Lahore while the service will also be introduced in other cities through the public-private partnership. The meeting dilated on different procurement options and the CM held the new transport facility will also be helpful in reducing environmental degradation and smog. The government will take every step to benefit the people, he remarked.

The meeting decided to reactivate the vehicle inspection & certification system to eradicate smog and the CM stated that the Lahore Transport Company will be converted to Punjab Transport Company. He also gave in-principle approval to the recruitment of inspectors, sub-inspectors and sergeants with the direction to improve cleanliness arrangements of the orange line metro train. No compromise will be made in this regard and I will personally inspect cleanliness by conducting surprise visits, he announced. Meanwhile, he disclosed that public transport will be introduced, for the first time, in Koh-e-Suleman areas. The best transport facility will be provided to Kot Chutta, Vohwa, Tibi Qaiserani, Taunsa and DG Khan at subsidized rates, he said and announced that latest buses will be introduced in Faisalabad and other divisions.

Meanwhile, Syed Yawar Abbas Bukhari MPA called on Chief Minister Punjab Sardar Usman Buzdar at his office and discussed matters of mutual interest. Talking on the occasion, the CM stated that the PTI government has waged an arduous struggle against the menace of corruption adding that accountability of looters is imperative. The government has adopted a policy of zero-tolerance against corruption and Pakistan’s international image has been improved due to the steps taken for the eradication of corruption and ensuring transparency in government matters, he added.

There is no room for such corrupt elements in the new Pakistan, he asserted. In fact, corruption and inefficiency of the past rulers are the main reasons for Pakistan’s backwardness. The country didn’t move forward while they prospered by playing havoc with the country, he said. Transparent Pakistan is the main agenda of the PTI while the past governments showed criminal negligence by ignoring the problems of the common man, the CM added.

Chief Minister Punjab Sardar Usman Buzdar has said the citizens should follow corona SOPs as the number of patients is increasing due to violation of SOPs.

In a statement, the CM said that the movement will be restricted through smart lockdown in affected areas adding that nine corona patients have died; 502 confirmed cases have been reported and 11388 were tested during the last 24 hours. So far, 2429 patients have died of corona in Punjab while the number of active patients has increased to 7730. As much as 1700838 have been tested while 97672 have been recovered out of a total of 107831 patients, the CM concluded.