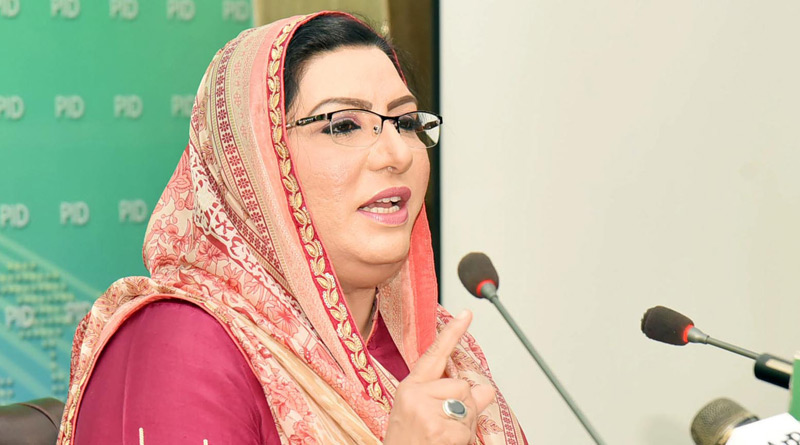 Special Assistant to Chief Minister Punjab on Information Dr Firdous Ashiq Awan on Wednesday criticizing the previous PML-N government’s loot and plunder on public resources, said that public money was mercilessly wasted on renovation of state rest houses just to entertain themselves and families. She lamented that an hefty amount of Rs 680 million were spent for renovation of state rest house Murree where admission to the common visitor was banned by the then ruling elite.

Addressing a press conference along with Advisor to Chief Minister on Tourism Asif Mehmood, she said that the rest houses were used by the PML-N rulers and their families as their personal entity. She, however, said the Pakistan Tehreek-e-Insaf (PTI) government envisioned by Prime Minister Imran Khan was proactively working for the promotion of the tourism sector and to make it a industry for revenue generation besides creating employment opportunities.

Dr Firdous said a visible difference between the previous and the present government was that unlike past practices, the rest houses were now opened for the general public and it was a true depiction of ‘Naya Pakistan’. Commenting on indictment of PML-N President Shehbaz Sharif in corruption, money laundering and assets beyond means cases, she said Shehbaz was used to say that not a single penny corruption was committed by him but he had been indicted in the cases on the basis of evidences. She said that all rejected political parties had gathered at the Pakistan Democratic Movement to protect their personal interest as they were least interested to resolve problems of the people. Dr Firdous Ashiq said the Punjab government under leadership of Chief Minister Sardar Usman Buzdar was celebrating Rehmat-ul-lil-Alameen (PBUH) week with religious fervor and a series of events would be organized by various government institutions, departments and educational institutions to pay homage to Holy Prophet (PBUH).