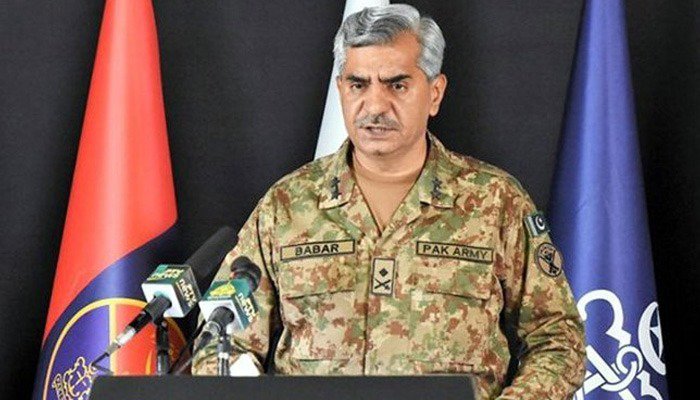 The Inter-Services Public Relations (ISPR) on Tuesday said that officials of Inter-Services Intelligence (ISI) and Pakistan Rangers Sindh involved in the ‘Karachi incident’ have been removed pending further departmental proceedings.

In a statement, the military’s media affairs wing said that the court of inquiry constituted on the orders of Chief of Army Staff Gen Qamar Javed Bajwa to redress the grievances of the Sindh inspector general has been completed. “The court of inquiry has established that on the night of Oct 18/Oct 19, officers from Pakistan Rangers (Sindh) and ISI sector Headquarters Karachi were considerably seized with the fall out of the desecration of Mazar-e-Quaid,” the ISPR statement said.

“They were under increasing public pressure to ensure prompt action as per the law. Assessing the response of police authorities against this developing yet volatile situation to be slow and wanting, in a charged environment, the concerned officers decided to act, rather overzealously,” the ISPR statement said. “They were indeed experienced enough to have acted more prudently and could have avoided creating an unwarranted situation that led to the misunderstanding between the two state institutions,” it further said. “Based on the recommendations of the court of inquiry, it has been decided to remove the concerned officers from their current assignments for further departmental proceedings and disposal at GHQ,” it added.

Last month, the army chief had taken notice of and ordered an immediate inquiry into the ‘Karachi incident’. On October 19, Capt (r) Safdar, who was staying at a Karachi hotel with his wife – PML-N Vice President Maryam Nawaz – was arrested for ‘violating the sanctity of Quaid-i-Azam ‘s mausoleum’, a day after the Pakistan Democratic Movement (PDM) had staged a rally in the city. Following Safdar’s arrest, a purported voice message by PML-N leader and former Sindh governor Muhammad Zubair was shared by a journalist in which Zubair alleged that the inspector general of police was kidnapped and forced to register the first information report against Maryam, Safdar and 200 others for violating the sanctity of Quaid’s mausoleum. According to the FIR, a case was registered on Section 6 (a convening of meetings or processions in the mausoleum), Section 8 (entry into the mausoleum with a weapon) and Section 10 (the penalty for contravention of provisions) of The Quaid-e-Azam’s Mazar (Protection and Maintenance) Ordinance, 1971.

In the audio clip circulating on Twitter, Zubair said that Chief Minister Murad Ali Shah confirmed to him that police was pressured into making the arrest. “When they (police) refused to do that, Rangers kidnapped [the IGP],” Zubair had said.

Maryam had also alleged that the Sindh police chief was forcibly “taken to the sector commander’s office and asked to sign on the arrest orders”.

Following the ISPR statement, Information Minister Shibli Faraz said Pakistan Army under its ‘self-accountability system’ removed its two officers who were found guilty of interfering into the affairs of Sindh police over ‘Karachi incident’. “We appreciate that armed forces under its system of self-accountability and discipline removed their two officers,” said Shibli while referring to the inquiry report of the Karachi fiasco made public by the military.

Shibli said Sindh Rangers had approached the Sindh police chief over the matter of desecrating mausoleum of the Founder of the Nation ‘because everyone was enraged and they were under pressure’. “The security officials acted emotionally over the issue of violating the sanctity of Quaid’s mausoleum. But the [Army] has given its decision and we welcome it,” he added.

Ousted prime minister Nawaz Sharif has ‘rejected’ the inquiry report of the ‘Karachi incident’ while his ally PPP Chairman Bilawal Bhutto Zardari welcomed the findings of the probe carried out on the instructions of the army chief.

Nawaz, the PML-N supremo who has been in London for medical treatment since last year, said the inquiry report of the arrest of his son-in-law Captain (r) Safdar from his Karachi hotel last month was an attempt to ‘scapegoating juniors and shielding the real culprits’. “Inquiry report on Karachi incident is a cover-up scapegoating juniors & shielding the real culprits. Report ‘Rejected’,” he said in a tweet from his official handle on Tuesday.

Bilawal Bhutto, who had demanded army chief General Qamar Javed Bjawa to probe alleged interference of paramilitary force into the affairs of Sindh police, welcomed the report. “This step will elevate the stature of the institutions,” he said while addressing a rally in Nagar area of Giligit-Baltistan. “This is just the beginning, this process must continue for the sake of democracy,” he added.