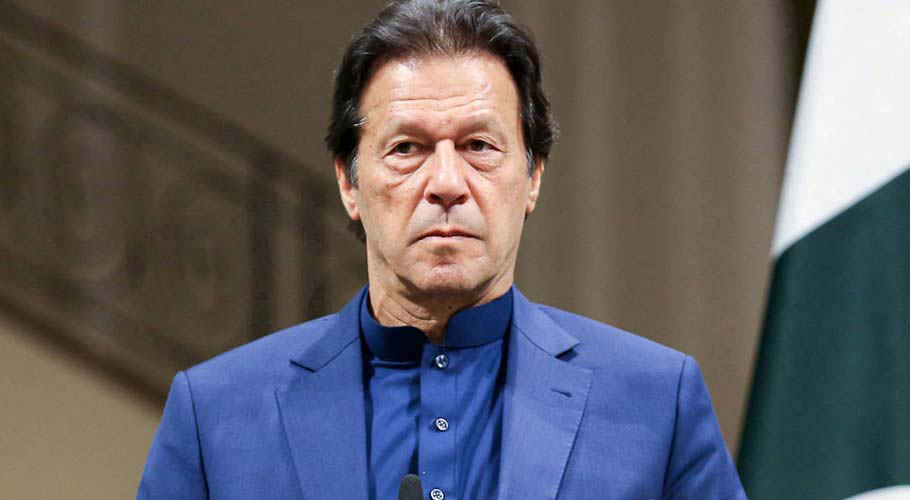 Prime Minister Imran Khan, at a Shanghai Cooperation Organization session on Tuesday, proposed a six-point strategy to galvanize joint efforts including setting up a knowledge bank to counter second wave of Covid-19, policies to mitigate pandemic’s economic impact and declaring vaccine a source of global good.

Addressing at the 20th Heads of State meeting of Shanghai Cooperation Organization held through video conference, the prime minister termed exchange of knowledge among SCO countries significant to reduce the risks of virus, which he said continued to rage the world.

The heads of State and government from China, Russia, India, Kazakhstan, Kyrgyzstan, Tajikistan and Uzbekistan addressed the SCO meeting.

Imran Khan suggested the SCO states to formulate short, medium and long term policies along with a framework in consultation with World Health Organization to reduce the adverse effects of pandemic. He stressed that Covid-19 vaccine must be seen as a ‘global good’ for the betterment of mankind rather than restricting it to certain nations. On other proposals, the prime minister called for a multi-year strategy on educational institutes, partnership on scholarships for youth in scientific fields, and also on public health and global economy.

Imran Khan lauded China’s effective handling of coronavirus and assistance rendered to countries including Pakistan. He said China and Pakistan were also collaborating in vaccine development, which was in phase three after human trials.

He mentioned Pakistan’s policy of smart lockdown protected from the worst fallouts of pandemic, saving people both from virus and hunger. He recalled his earlier proposal on debt relief for developing countries and welcomed the measures by G-20 countries to help create fiscal space to deal with aftereffects of pandemic.

Under SCO’s vision of regional connectivity and integration, he said, Pakistan and China were pursuing the Economic Corridor under Belt and Road Initiative.

He stressed upon equality and sovereignty of states, non-oppression, sanctity of borders and recognizing people’s right for self-determination and also strongly supported role of United Nations in securing peace and global development.

As a shared responsibility, he said, Pakistan supported an Afghan-led and Afghan-owned solution that realized into the Doha peace deal. He warned of the role of “spoilers, within and outside” who did not wish peace and stability to return to Afghanistan.

Imran Khan strongly supported China’s global data security initiative. He said as Pakistan fought terrorism as frontline state, it was against resurgence of extremist ideologies, racism, neo-Nazim and Islamophobia in the region and world over.

Russian President Putin as chair of the meeting said the SCO countries reached out to developing states in providing assistance to each other during the coronavirus pandemic. Sixty joint events of SCO were held by the chair Russia to share experiences on the spread of virus. Putin called upon the SCO countries to stay united against the challenges of terrorism and fierce regional conflicts as the organization believed in facilitating political dialogue. He expressed Russia’s readiness to facilitate in developing a safe and drug-free Afghanistan. Putin also stressed business cooperation, digital economy and energy security among SCO states.