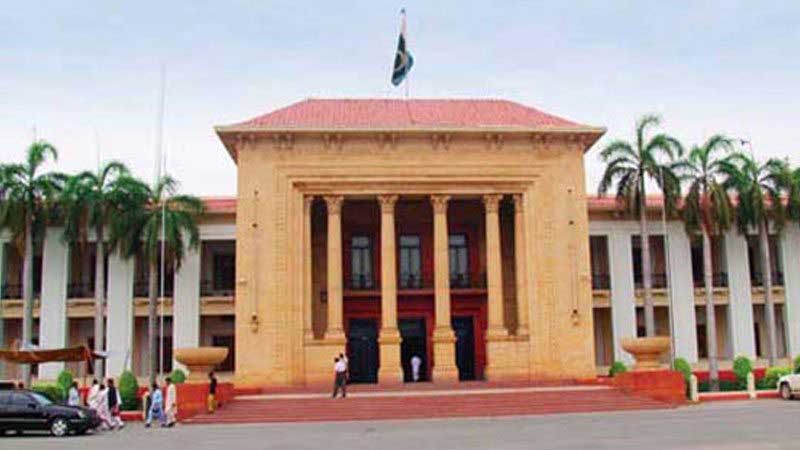 The session of Punjab Assembly was marred with the pandemonium for the second consecutive day as both the treasury and opposition members kept chanting slogans against each other on Tuesday that was the ‘Private Member Day’.

No significant business could be taken except for passing a resolution condemning the blasphemous caricatures and statement made by the French President on Tuesday. The session of Punjab Assembly started after a delay of two and half an hour from its scheduled time with Speaker Chaudhry Pervaiz Elahi in the chair. The situation got tensed in the House when PPP Parliamentary leader Syed Hassan Murtaza raised the issue of alleged torture on the protesting farmers in Lahore by the police.

He said that the water mixed with the dangerous chemical was used against the poor farmers who contribute in our economy. “Almost 80 % employment is associated with the agriculture and it is really unfortunate that farmers were beaten brutally,” said PPP leader. He further added that a senior police officer was found giving instructions to the force not to let the farmers to approach the Mall Road and they must be stopped at any cost. The PPP MPA demanded a judicial commission to probe the sad incident while adding that the farmers were only staging a peaceful sit-in. He was of the view that farmers are not paid for their work sufficiently despite the fact that they are the backbone of our economy. “Pakistan will be prosperous if our farmers are satisfied,” said MPA Murtaza. The condolence prayer was also held for the farmers who just lost their lives.

Responding to the opposition lawmakers, minister for law and parliamentary affairs Raja Basharat said that the police is not responsible for the death of farmer. He refused to admit that the farmer lost his life in result of any torture by the police. The remarks of Law Minister provoked the MPAs of opposition parties as they stood on their benches and started chanting slogans against the government. ‘Go Niazi Go’ slogans were raised from the opposition as they came from their seats while surrounding the Speaker’s dais. The sloganeering also infuriated the Law Minister as he said that the opposition cannot speak this way if the version of government isn’t listened with patience.

“Let’s see, how the opposition will talk this way,” said Raja Basharat. If we are disrupted like this then we’ll also stage walkout, threatened Law Minister. A massive ruckus was seen in the House as both the treasury and opposition MPAs were chanting slogans against each other. Some key ministers of the government were also seen raising slogans against the leadership of the opposition. ‘Chor Chor’ and ‘Bring back the plunderers’ were the slogans chanted by the government ministers. The House was presenting a very unpleasant picture that the Speaker left with no option except to adjourn the session for Wednesday afternoon.

Earlier, a joint resolution was also passed in the House condemning the blasphemous caricatures and statements of the French President. PML-N MPA Khalil Tahir Sandhu demanded that there should be complete diplomatic boycott with the France and our ambassador must also be called back.