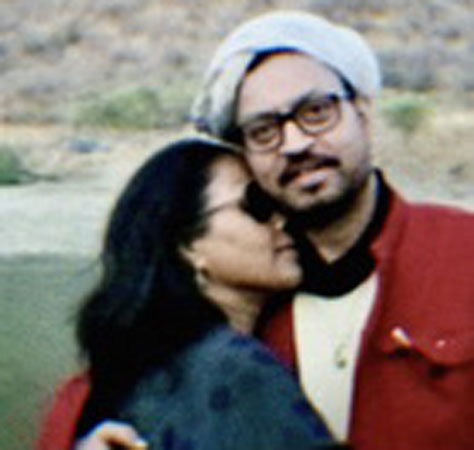 Ever since Irrfan Khan left this world for his heavenly abode, the missing has been a major one! His absence has indeed created a void in cinema and more so in the lives of his loved ones. Son Babil has once again shared some priceless moments on Instagram and we can’t be thankful enough! Babil took to his social media handle and posted a picture of his parents – Irrfan and Sutapa Sikdar with these heartwarming lines: It’s true, time does indeed slow down in the spaces between your breaths. And once you’ve dreamed of more, how could you settle for less. Perhaps, it was over because you knew. Or perhaps, because I grew. But the sky isn’t so blue, When the sun is setting over you. Babil and Sutapa often post interesting stuff about Irrfan on social media, recalling the good old days. Irrfan was admitted to Kokilaben hospital due to colon infection a day before he bid goodbye to the world. He died on April 29, 2020. The actor par excellence battled a rare form of cancer – Neuroendocrine Tumour – and had undergone treatment for it in London. He first informed about his illness on social media sending fans into a state of shock. We miss you, Irrfan!