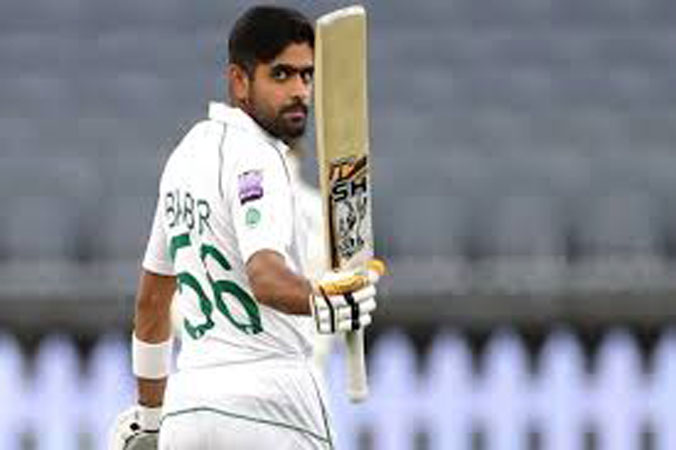 RAWALPINDI: The Pakistan Cricket Board (PCB) on Tuesday named Babar Azam as national team’s Test captain, putting the batsman in charge of all three formats. Babar replaces Azhar Ali, who led Pakistan to a 1-0 series defeat in England earlier this year. The PCB made the announcement after Babar led the team to Twenty20 and one-day international series victories over Zimbabwe on home soil. “As we are looking into the future, it is appropriate that we appoint him the captain now so that he continues to grow stronger with every match,” PCB chairman Ehsan Mani said in a statement. “I wish Babar all the best and remain optimistic that he will help Pakistan cricket make an upward movement across all formats not only through his performance but also with his positive attitude and result-oriented approach.”

Babar has been a prolific scorer for Pakistan and currently ranks among the top five batsmen in all three formats. The 26-year-old’s first assignment as Test skipper will be the ICC World Test Championship matches against New Zealand, which will be played in Mount Maunganui and Christchurch from December 26-30 and January 3-7, respectively. “I feel truly honoured to have been appointed Test captain and join some of the most iconic players who have captained Pakistan in the purist format of the game,” said Babar, who took charge of Pakistan’s limited-overs teams earlier this year. “I am ready and prepared to take up the additional responsibility and the fact which gives me additional confidence is that I can do the job is the experience that is available to me in the changing room in the shape of the players and support staff.”