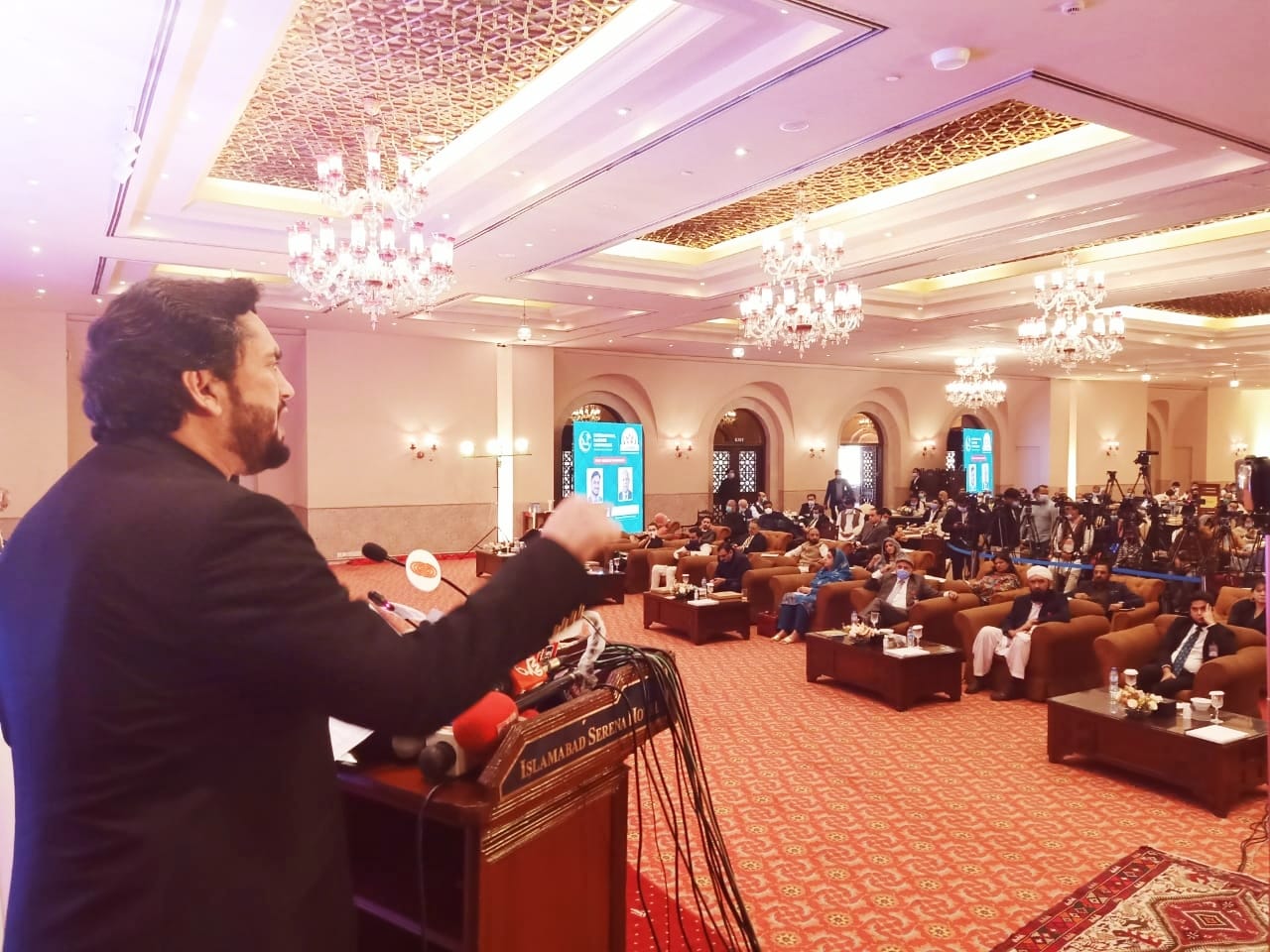 Addressing a seminar hosted by World Kashmir Forum, Shehryar Afridi said that the people of Jammu and Kashmir would decide through a free and transparent plebiscite whether they want to live with Pakistan or India.

Referring to the statement of the United Kingdom military chief General Sir Nick Carter that the threat of 3rd World War is real, Afridi said: “Pakistan and India may head to a nuclear war if Kashmir dispute is not amicably resolved.”

“The UN and the world need to immediately take practical steps to resolve Kashmir dispute to help avoid a nuclear war in the region where three nuclear neighbors – Pakistan, India and China are involved in border disputes,” he said.

Afridi said Pakistan and India have fought three all out wars beside two limited wars on Kashmir.

“China and India are locked in another border dispute in Kashmir. Threat of a nuclear war is real now,” he said.

Shehryar Afridi said that the Hindutva regime of India “did not learn anything about the history of Kashmir as the Indian Prime Minister with fake degree has no knowledge of history and law”.

There are at least 20 UN resolutions which call for holding referendum in Jammu and Kashmir region to decide its political fate but India has been delaying the process.

“Hindutva regime is putting extreme media gags to suppress the voices of media but brave Kashmiri journalists are writing new chapter of resistance in the history of Jammu and Kashmir,” asserted Afridi.

He called upon the UN experts on Human Rights and Freedom of Expression to make an immediate intervention into the Indian government’s illegal transfer of 2.4 lakh kanals of land in Indian Illegally Occupied Jammu and Kashmir (IIOJK) to Industries and Commerce Divisions of India.

“All Indian actions in IIOJK are illegal and in blatant violation of the United Nations resolutions on the Kashmir dispute and are aimed at genocide of Kashmiris,” he said.

“I ask the UN experts to take note of the unabated raids of National Investigation Agency (NIA) of India on offices and residences of human rights defenders, journalists and of members of civil society, humanitarian aid organizations operating in Indian Illegally Occupied Jammu and Kashmir, ” Afridi demanded.

Shehryar Afridi said the Modi government must understand that the “truth cannot be hidden by such raids and atmosphere of fear”.

“RSS goons and Modi administration cannot fool the world on Kashmiri genocide. We will continue to expose the inhuman actions of the colonial rulers in Kashmir. The world must break its criminal silence and give freedom to Kashmiris”.

He said nations are formed when they are connected to their foundation. “Kashmiris are glued to their roots. They can’t be fooled by the occupational regime of Jammu and Kashmir,” he added.

“We pay tribute to our heroes. Our heroes are performing significant tasks in every field. My salutes to the doctors, paramedical staff and the Armed Forces who have been instrumental in defeating the coronavirus pandemic under the vision and strategy of Prime Minister Imran Khan,” Afridi said in his concluding remarks.