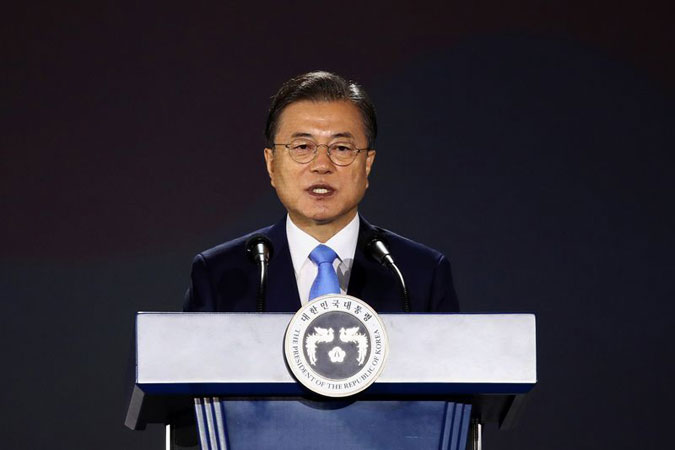 South Korea’s President Moon Jae-in said on Monday the country will ensure there is no gap in the alliance with the United States and the process of building peace on the Korean peninsula. Moon’s remarks came as he congratulated Joe Biden for his victory in the US presidential election. South Korea will cooperate with the United States to promote shared values including democracy, peace, human rights, Moon told his top aides, the presidential Blue House said in a statement. Moon also said his government will work to promote economic relations including on building a carbon neutral economy, which Biden has been promoting.