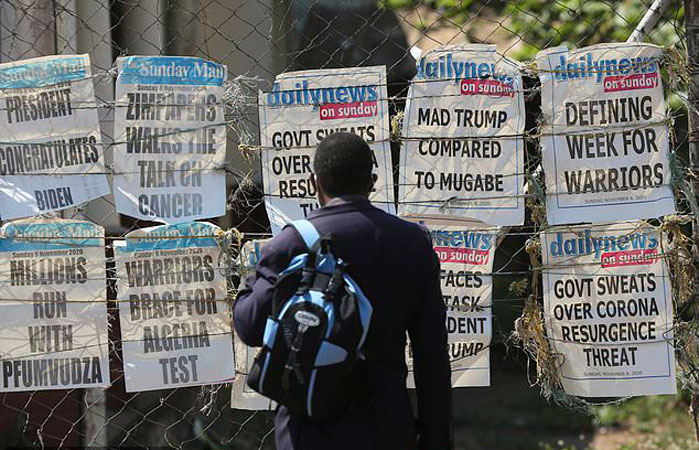 The leaders of governments and global institutions will likely be hammering on White House doors and email inboxes with a long wish list of priorities they want American help with – which, on issues big and small, from climate change to taxing Internet companies, Trump’s administration often refused to provide.

Beating back the coronavirus pandemic and slowing the rise in global temperatures are top priorities for America’s partners. Beyond them: a dizzying array of other issues vital to specific regions and nations now hoping to be heard by the incoming administration.

“Tackling climate change, trade, international security,” British Prime Minister Boris Johnson said, listing in an interview on Sunday with The Associated Press just some of the things that he wants to talk about.

Overall, there are broad expectations for a White House that will be easier to work with, and that solutions will flow from there.

“The big difference will be in the communication, that we treat each other again with full respect as partners, allies,” said Peter Beyer, a German lawmaker who coordinates trans-Atlantic contacts for the government of Chancellor Angela Merkel, whose relationship with Trump never really developed beyond frosty.

Here’s a look at some of the big issues that world capitals want Biden’s help with:

Those involved, from World Health Organization experts to doctors and nurses on front lines, argue that nations will beat the coronavirus faster by working together.

But that proved a tough sell with Trump, whose presidency was ultimately, in part, undone by his refusal to heed scientific advice. His administration dealt a blow to global coordination by announcing a US withdrawal from WHO.

Biden’s election immediately raised hopes that the world will now benefit more readily from US investment in treatment efforts.

“You cannot have a country by country approach. You need a global approach,” Dr. Soumya Swaminathan, the WHO’s chief scientist, told the AP.

She said she hopes the United States will join with a WHO-led project, the Covax Facility, which aims to deploy vaccines to the world’s neediest people.

The head of the Africa Centers for Disease Control and Prevention, John Nkengasong, also told the AP that he has heightened expectations.

“The world has always been a better place in terms of fighting diseases when America has played a key leadership role,” he said.

A chief doctor at a front-line hospital dealing with the explosion of COVID-19 cases in Paris said he doesn’t expect that US pharmaceutical companies will share any medical breakthroughs for free, but is hopeful that people outside the United States might now benefit more readily.

“Although Biden is a Democrat, he is still the US president (-elect), so we shouldn’t expect free philanthropy if the patents and copyrights for all of the medicines that emerge come from the United States,” said Dr. Philippe Montravers, head of critical care at Paris’ Bichat Hospital.

But Montravers, himself recently recovered himself from a nasty bout of COVID-19, said he expects the Biden administration will be “less aggressive.”

“Less oriented on `America First´ and `Nothing but America,´” he said.

Licypriya Kangujam, age 9, is among those hoping the United States will get back in the fight against global warming.

“The United States and India can do more together,” the Indian child activist said. Now, multiply her voice by countless others around the world who are looking forward to Biden making good on his promise to plug the United States back into climate protection efforts from the get-go in the Oval Office.

“America is a leader. Where America goes others follow,” said Desmond Majekodunmi, an environmentalist in Nigeria.

“Together, we have a planet to save from a #ClimateEmergency,” the prime minister of the Pacific island nation of Fiji said in his tweeted congratulations to Biden. “Now, more than ever, we need the USA at the helm of these multilateral efforts.”

After the disruptive “America First” diplomacy of Trump, world leaders want Biden to revive Washington´s role as a leader of alliances. Among their priorities are containing Chinese and Russian strategic ambitions and North Korea´s nuclear program.