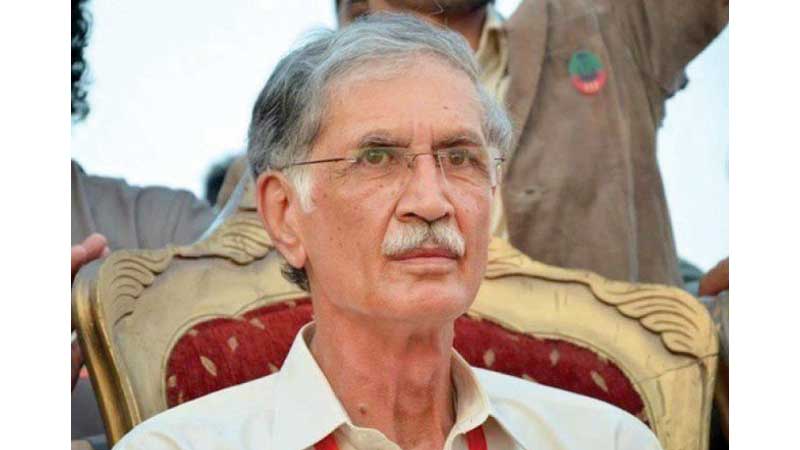 Interior Minister Ijaz Shah along with Defence Minister Pervez Khattak on Monday visited the Central Secretariat of the Awami National Party (ANP) to apologize over the former’s remarks regarding the sacrifices made by the party leaders and activists during the war on terror, ARY NEWS reported.

“I came here to clarify my position as I did not say the words in the context that they were taken in,” Ijaz Shah said after meeting President of ANP KP chapter, Aimal Wali Khan.

Shah said that their visit to the ANP secretariat has nothing to do with the Pakistan Democratic Movement (PDM) activities. “We are returning happily after meeting ANP leadership,” he said.

Pervez Khattak, who accompanied the interior minister said that they were given respect by the ANP leadership in their secretariat and the misunderstanding that developed over some remarks is now being clarified.

“We apologise if anyone from the ANP is hurt over such remarks,” he said adding that they brought a jirga to the ANP Markaz and Aimal Wali accepted their apology.

Seconding Pervez Khattak, ANP leader Aimal Wali Khan said that they accepted the jirga under Pashtun traditions and the ministers admitted that the sacrifices made by the ANP leaders and activists were aimed at safeguarding the nation from terror threat.

“After an apology from Ijaz Shah, we have retracted from our demand of his resignation,” he said.