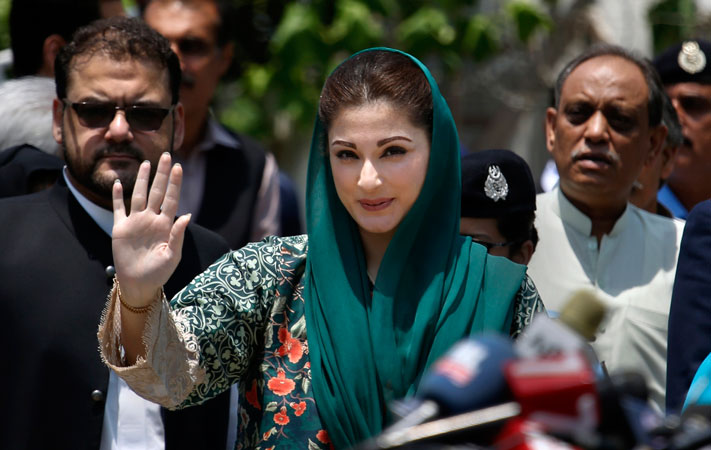 Pakistan Muslim League-Nawaz (PML-N) Vice President Maryam Nawaz said the government’s ship was sinking, it will now only see people getting off it and not on it.

Addressing a rally in Gupis valley of Gilgit-Baltistan (G-B) on Monday, she said the people never recognised the incumbent government because it was a fake government, that is not destined to earn people’s respect. Referring to the crowd present at the PML-N’s meeting, Maryam said that the gathering was telling that the PML-N will win the election in Gilgit-Baltistan.

Accusing the incumbent government of withholding funds that were released for the valley, she said that it has been learnt that the people here were not even given their just share and compensation in the jobs that were created from the construction of the Diamer Bhasha dams.

Maryam added that no one had done what Nawaz Sharif did for the Diamer and Bhasha dams till date. She assured the gathering of PML-N members taking up the issue of jobs in parliament, adding that she will also raise her voice for the victims. “PML-N is the only solution to the problems of the people,” maintained the party’s vice president as she urged them to vote the party’s candidates.

Maryam further said that, “Prime Minister Imran Khan and Pakistan Tehreek-e-Insaf (PTI) are a disease that is afflicting Pakistan today and, unlike the ongoing Covid-19 pandemic, this disease will not go away by wearing masks, but will have to be thrown out!” The disease has hollowed the roots of the country’s institutions, economy, ethics and federal units, she added.

In referrence to PTI leader Ali Amin Gandapur’s comments for her, said during a rally of the PTI in G-B, Maryam said that Nawaz Sharif opponents were “depraved people, who have only one job and that is to use abusive language and take revenge”. The PML-N leader said that the government was on the verge of collapsing.

The PML-N vice president had kicked off her election campaign in Gilgit-Baltistan amid mass defection in the party’s regional chapter that left it weakened.

After reaching Skardu on a week-long visit on Thursday, Maryam briefly addressed party workers while inaugurating the PML-N office in the area. Over a dozen political and religious parties – including the country’s three major parties Pakistan Tehreek-e-Insaf (PTI), PML-N and PPP – are electioneering in the region for polls scheduled to be held there on November 15.