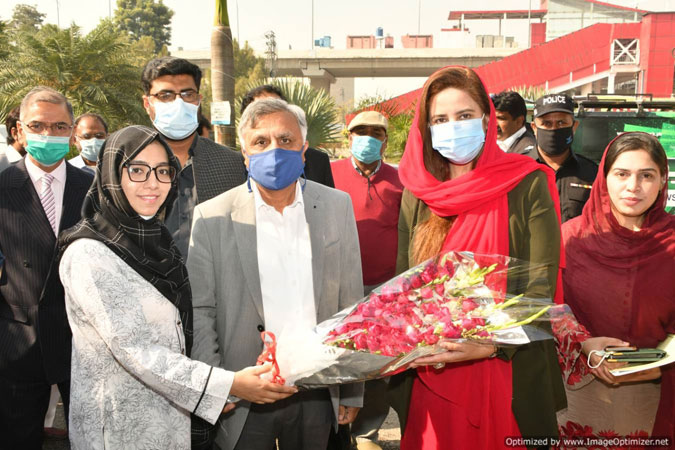 She said that climate change is one of the top priority agenda of this government and they are working on an emergency basis as one billion tree plantation would be completed this year. She also hinted on the rules and regulations being devolped by the government for water pumping which are the first of its kind in Pakistan. Commenting on industry linkage with the academia, she said that this part is being neglected in Pakistan, which should be strengthened to meet the future needs. The minsiter appreicted the efforts of the the vice chancellor & his team and said that her ministry seeks the techincal assistance from the techinal experts & university’s scholars.

Vice Chancellor Prof Dr Qamar uz Zaman said that Arid University is working hard to make its progress not in academics, but in the field also to strengthen the link between academia, industry and grower. He said that many teams of Arid Agriculture University consisting of agri scientists, researchers and students have been formulated who will visit different villages of different tehsils of Pothohar to facilitate farmers. While appreciating the governments clean, green Pakistan initiative, he said that almost twenty thousand plants have been distributed amongst the community free of cost with thousands of plantation at Koont farm. He said that his university will stand side by side with the government with their any initiatives towards agriculture. The session ended with the vote of the thanks of the chief guest and other participants.