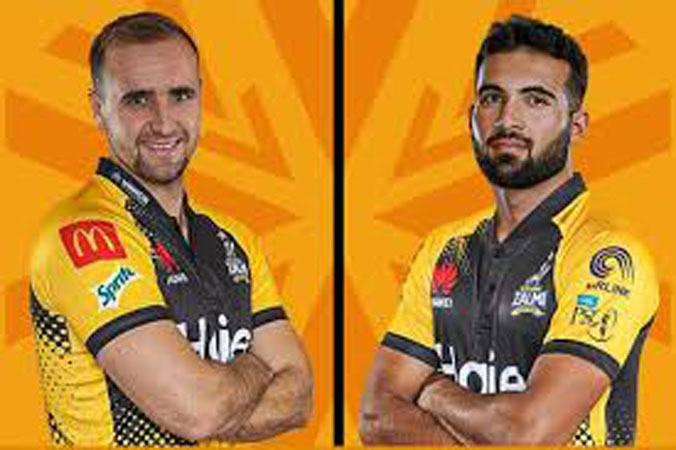 KARACHI: Liam Livingstone has withdrawn from the Peshawar Zalmi squad for the Pakistan Super League playoffs and will be replaced by his Lancashire team-mate Saqib Mahmood. Livingstone, 27, scored 108 runs in seven innings in the Zalmi middle order during the 2020 season and was due to return for the playoffs, which start on November 14. But after being named in England’s ODI squad to tour South Africa, with the touring party arriving on November 16, he has pulled out of his stint. His spot has been taken by Mahmood, the 23-year-old fast bowler who made his England debut last winter. While he is clearly not a like-for-like replacement, Mahmood has impressed in county cricket, thanks to his slingy action and ability to extract reverse swing. This will be his first experience in an overseas T20 league.

Mahmood was a surprise omission from England’s squads for their white-ball series in South Africa, with Ed Smith, the national selector, suggesting that after spending much of the summer in biosecure bubbles carrying drinks, it would not be beneficial for him to travel as a reserve. “He’s still someone we believe is a very talented and a high-potential player,” Smith said. “We are excited about his future. We have taken the decision not to take him on the tour as a reserve when he has been a reserve for a long period in the summer.” Mahmood was among a group of England players training at the National Performance Centre in Loughborough last week and has now arrived in Pakistan ahead of the playoffs. He is one of six Englishmen involved in the final stages, alongside Alex Hales (Karachi Kings), Samit Patel (Lahore Qalandars), Ravi Bopara, Adam Lyth and James Vince (all Multan Sultans). While Mahmood was born and raised in the UK, he has Pakistani heritage and his mother was born there. “First time back in 10 years, can’t wait!” he tweeted on Saturday. Zalmi will play the PSL eliminator against Lahore Qalandars in Karachi on November 14.