The Azerbaijani city of Shusha has been liberated from the occupation of Armenian forces, the country’s leader announced on Sunday. 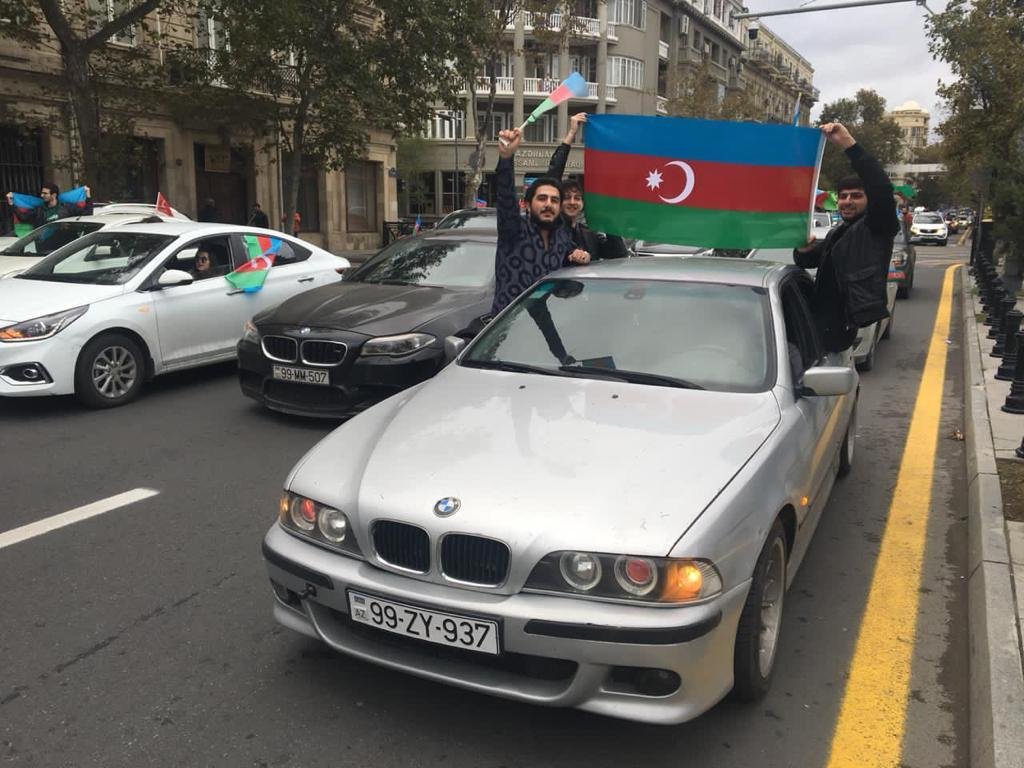 “After 28 years, the adhan [call to prayer] will be heard in Shusha,” Azerbaijani President Ilham Aliyev — wearing a military uniform — said in his address to the nation.

Shusha — which was occupied by Armenian forces on May 8, 1992 — has critical importance in liberating Nagorno-Karabakh, or Upper Karabakh region, which is internationally recognized as part of Azerbaijan. It is located on the road to Khankendi, the region’s largest city.

In Baku, Azeris gathered in large numbers to celebrate, waving flags and chanting slogans, while drivers sounded their car horns.

“Shusha remains an unattainable pipe dream for Azerbaijan. Despite heavy destruction, the fortress city withstands the blows of the enemy,” the Nagorno-Karabakh Rescue Service said.

Before the address, Aliyev and first lady Mehriban Aliyeva commemorated Azerbaijani heroes who sacrificed their lives for Azerbaijan`s independence and territorial integrity, and laid floral wreath at the memorial.

The first couple also visited the Alley of Honors, and laid a wreath at the tomb of late President Heydar Aliyev, and others.

“The blood of Khojaly victims did not go in vain, our martyrs were avenged. We took our revenge on the battlefield,” Aliyev said.

Khojaly has deep significance in the decades-long conflict between Armenia and Azerbaijan. On the heels of the Soviet Union’s dissolution, Armenian forces took the town of Khojaly on Feb. 26, 1992, after pounding it with tank and heavy artillery fire, assisted by an infantry regiment.