Central Asian countries have striking similarities but with distinct differences of sightseeing opportunities. People all over the world are curious about the unknown and mysterious places of this part of Asia. Central Asia has a variety of landscape from steppes to glaciers, plains, marshes to sand dunes. Everyone is mesmerized by the natural beauty and aesthetic splendour of these countries.

G. DUSHANBE: The capital of Tajikistan is a delightful city built around lakes, fountains and parks. Within an hour’s drive from Dushanbe lie grassy pastures, multi-hued lakes and peaks that lure even the reluctant traveler to be climbed. The city functions as an industrial and administrative center for Tajikistan’s cotton and silk industries. Spectacular sights of the city include Ethnography Museum, Rudaki Park, Shah Mansur Bazaar, Victory Park, National Museum and Botanical Gardens etc.

H.PAMIR HIGHWAY: It stretches around 1200 km to connect Tajikistan with Afghanistan, Uzbekistan and Kyrgyzstan. Pamir Highway is known as the second highest altitude (4655 meter) international highway of the world. It provides most epic ride across Central Asia by passing through savage wilderness inhabited by snow leopards and spiral-horned Marco Polo sheep. Pamiri people speak different languages and dialects but they are united in faith i.e. Ismailism, a sect of Islam. Agha Khan is their spiritual leader.

I. WAKHAN VALLEY: Its large area is in northern Afghanistan but some part is located in Tajikistan. The valley served as buffer between Russia and Britain during Great Game (1830-1895). Yamchun fortress still survives there as a 12th century ruin to reflect Wakhan history. Hot springs and picturesque Langar and Dasht villages entertain every visitor. One point of Wakhan Corridor separates Pakistan and Tajikistan only by merely 13 KM. 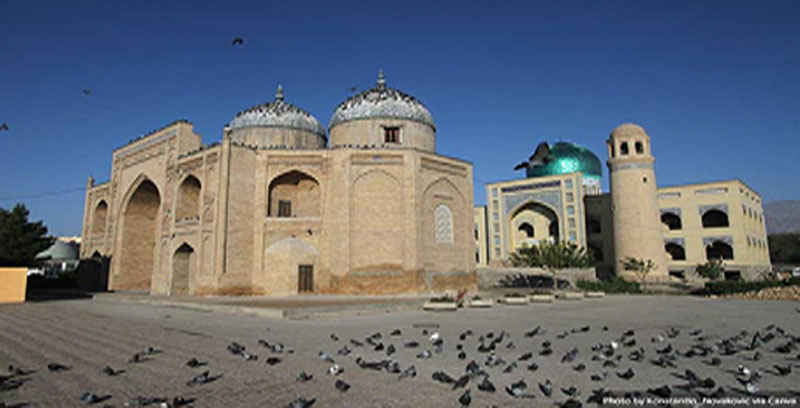 J. KHUJAND: Founded in VI-VII centuries BC, the historic city of Khujand was captured, remodeled and fortified by Alexander, the Great. Today, it is Tajikistan’s center of industrial, scientific and cultural developments. Panjshanbe Bazaar and Somoni Park are famous places of the city.

K. ISKANDERKUL: It is well-known lake of Tajikistan where popular activities like hiking, camping and swimming take place. Sandwiched between Fann Mountains, Iskanderkul lies at the altitude of 2195 meters. Its surface area is 3.4 square KM. Greenish-blue water of the lake contrasts with the red rocks of the mountains that create unique ambience.

L. ASHKABAD: The capital of Turkmenistan, Ashkhabad hold Guinness record for the highest density of white marble buildings in the world, besides having the greatest number of fountain pools in public space. The largest mosque of Central Asia Kipchak Mosque is also here. Independent Square, Statute of Lenin, Carpet Museum and Azadi Mosque are other fascinations. 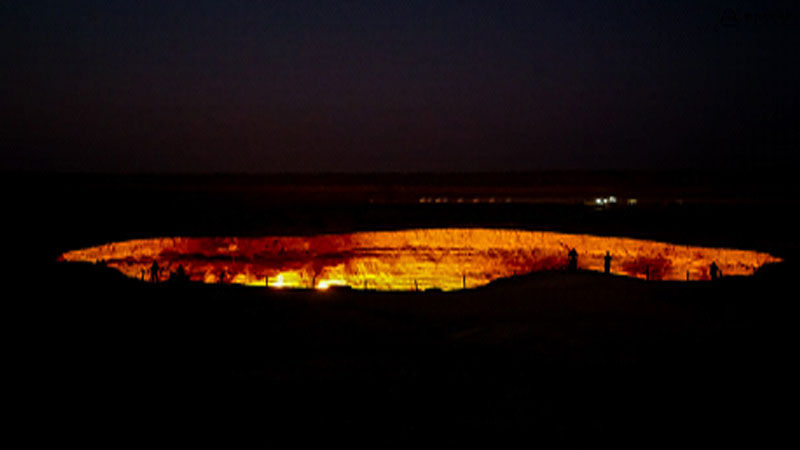 M. DARVAZA-GAS CRATER: Also known as “Gate of Hell” in the Karakum desert of Turkmenistan, it is an exceptional site of tourism. In the middle of the desert, flames from the huge crater kindle imagination of the onlookers. During drilling for gas by Soviet geologists in 1971, a large cavern collapsed that was set on fire fearing poisonous emissions. Having diameter of 69 meters and the depth of 30 meters, the crater is burning since then.

N. GONUR TEPE: Discovered in 1972, Gonur Tepe is very fascinating place. This Bronze Age settlement astonished the archaeologists by its vast size and complex layout with ancient royal palace. History of the site dates back to 3000 BC when this settlement was home to one of the oldest fire-worshipping civilizations. 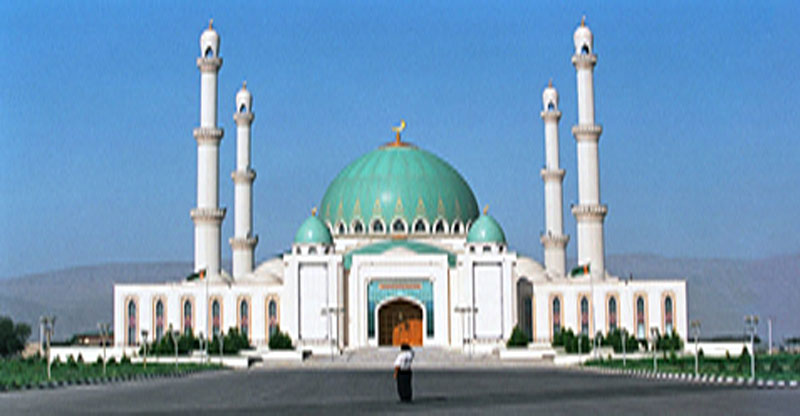 O. SAPARMURAT HAJJI MOSQUE: This mosque in Ashkhabad was built in the memory of the defenders of adjacent Gokdepe fortress during 1991-1995. The mosque was erected after President Niyazov’s pilgrimage to Mecca in 1992. Four minarets of 63 meters in height represent the age attained by Holy Prophet Muhammad (SAW). The mosque has the capacity for 8000 worshippers.

P. KONYE-URGENCH: This ancient town in north-eastern Turkmenistan used to be the capital of the Islamic Khwarizmi rule, centuries ago. But, the city was dashed to the ground by Chengez Khan in the bloodiest massacre of human history. The Mongols destroyed the city by flooding it with water from Amu River. However, a 60 meter tall Sultan Tekes’ mausoleum is still there.

Central Asia presents considerable tourism opportunities by its exceptional cultural, archaeological, historical and natural attractions. Though easily accessible but spring and summer are the best times to visit Central Asia. Most of the region is frozen during extremely cold winter.

The writer is Country Manager of a Pakistani bank in Kazakhstan, with interest in Central Asian studies. He can be reached out at [email protected]