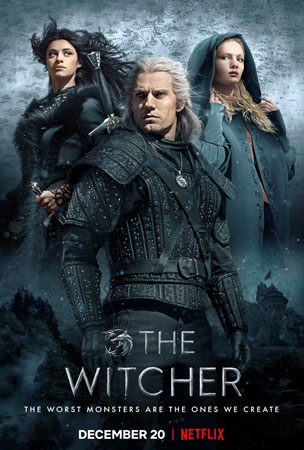 Production on the second season of Netflix’s The Witcher has been put on hold temporarily after several members of the production unit on the fantasy epic series were tested positive for the coronavirus. Based on the series of novels by Polish author Andrzej Sapkowski, The Witcher follows the story of the intertwined destinies of three individuals in the vast world of The Continent, where humans, elves, witchers, gnomes, and monsters battle to survive and thrive, and where good and evil is not easily identified. Henry Cavill leads the cast as Geralt of Rivia, alongside Anya Chalotra as Yennefer and Freya Allan as Ciri. According to Deadline, four cases were confirmed on Saturday and the streamer will carry out an isolated round of testing of everyone involved in the show. Those impacted have been isolated and are not among lead cast, the publication noted. Filming at Arborfield Studios, west of London, is due to resume once Netflix is confident that the set is fully safe. This is the second time filming has had to pause on the second season of the drama after actor Kristofer Hivju revealed he had tested positive back in March.