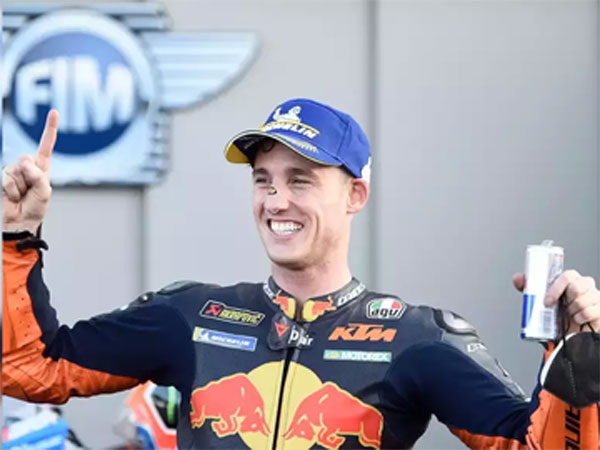 VALENCIA: Spanish rider Pol Espargaro excelled in wet conditions to claim his second MotoGP pole position of the season for KTM at the European Grand Prix on Saturday. Espargaro, had claimed his first pole at the Styrian Grand Prix back in August, will start at the front of the grid in Valencia on Sunday after posting a fastest lap of one minute 40.434 seconds. Suzuki’s Alex Rins starts second with a time of one minute 40.475, ahead of Honda’s Takaaki Nakagami, who suffered a late fall. World championship leader Joan Mir will begin Sunday’s race in fifth place for Suzuki, with his nearest challenger, Fabio Quartararo of Petronas Yamaha, down in 11th. Valentino Rossi, who is back after missing the last two rounds due to a positive COVID-19 test, starts in 18th place, while his Monster Yamaha team mate Maverick Vinales will start from the pit lane with a five-second penalty after exceeding the five engines per season limit rule.