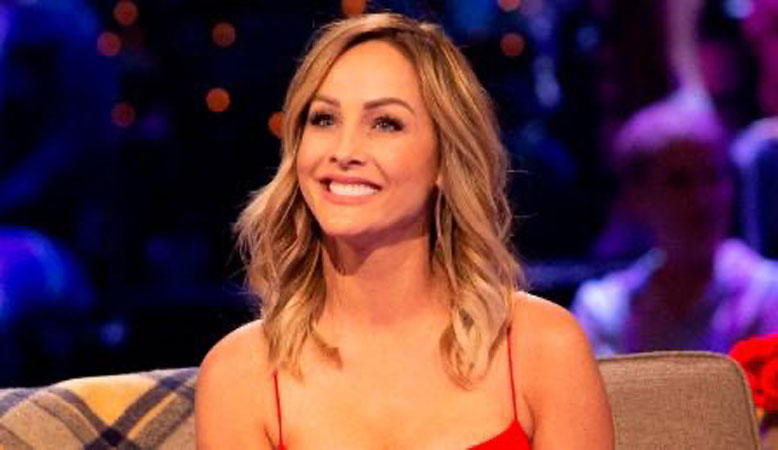 Did we just get a blindingly obvious Bachelorette spoiler? Season 16 star Clare Crawley has sparked engagement speculation again ahead of her expected premature departure from the show. The reality star was photographed this week wearing what appeared to be a massive diamond ring on her ring finger while leaving a Target in her hometown of Sacramento, Calif., as seen in pics posted on ET on Thursday, Nov. 5.

Last month, Crawley, 39, had also raised eyebrows when she sported a different ring, made up of small diamonds, on her ring finger. She clarified on Instagram that the piece of jewelry is “a commitment to myself first and foremost, to embody self-love.”

E! News learned in August that in an unprecedented move for the ABC franchise, Crawley would depart this season of The Bachelorette prematurely because she had picked a suitor early on during filming. Bachelor in Paradise alum Tayshia Adams, 30, will then take her place. So far, Crawley has appeared particularly close with contestant and football player Dale Moss, 32.

The photos of Crawley wearing her new ring were published hours before the airing of the fourth episode of the show, and a recent promo video teases her departure from the series.

Following Crawley and Moss’ first onscreen meeting, she said on The Bachelorette, “I knew it! It feels like I just met my husband. Oh my god. I’m shaking.”

Show host Chris Harrison then asked, “Did you say you think you may have just met your husband?”

“Yeah,” Crawley replied. “Every other guy I felt confident with but with Dale, everything else went dark around me. I don’t even know what I just said. Did I sound OK? Did I say anything at all? I felt everything that I haven’t felt ever.”

She added, “I felt it. I just know. I’m 39. Like, you know these things. I know what I want. I know when I feel that feeling… Obviously, I’d like to meet everybody, but man.”

On Oct. 19, Crawley told E!’s Daily Pop, regarding her meeting Dale, “Obviously the chemistry and the connection was very apparent that it was there. But there’s also, I mean, I’ve been around enough to know that there is lust and there’s that kind of initial spark, but when the real test is, I think, when you go through things, and you start having those deep conversations, those hard conversations and actually connecting.”

In the recent promo video for Thursday’s episode of The Bachelorette, an emotional Clare declares, “I will never apologize for love!” The video also shows the reactions of a few contestants reacting to news that she is leaving the show. It also includes footage of a mystery woman stepping out of a car.

Harrison told E! News in an interview last week, “All of your questions will be answered, you will see how and when and if Tayshia is going to be involved, what decision Clare is going to make, what’s going to happen with these guys, are there more guys involved, all of those answers are going to be answered next week.”