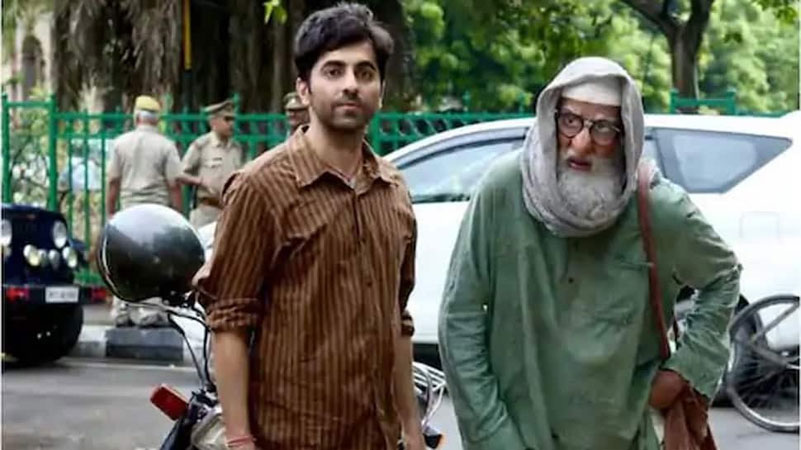 Starring veteran actor Amitabh Bachchan alongside the versatile Ayushmann Khurrana, Gulabo Sitabo is a quirky tale of a landlord and his tenant who are constantly at odds with each other.

Sony MAX brings to you the World Television Premiere of 2020’s much-appreciated satire, dramedy Gulabo Sitabo on November 8, 2020, at 12 PM.

Working with Amitabh Bachchan and Ayushmann Khurrana together for the very first time, Shoojit Sircar shared, “Since I have worked with both of them earlier, somewhere down the line, there is trust, bonding, and comfort between us, and that has grown slowly and matured. Of course, it is a creative process, and we keep challenging each other all the time. We challenge Mr Bachchan, and he challenges us. That is very important for that good, healthy working relationship. The vision of the film needed the chemistry between these two people to be crackling. It took a little time. If you work with Mr Bachchan for the first time, it does take a little time to get past that aura and in the beginning, that hesitation was there with Ayushmann and then it became fine. Mr Bachchan also made him very comfortable. In fact, he’s never intimidating, he’s very easy. He may look like he isn’t easy (laughs), but on set he’s absolutely a director’s actor, and also one of the most fascinating co-actors to work with. My crew is a close-knit family, as I always work with the same people. So with Ayushmann working here felt like a family member returning.”

Shoojit shared what according to him are the top reasons to catch the World Television Premiere of the film on Sony MAX, “A lot of people have told me that they have got a very warm feeling after watching the film. They loved the fresh pair of Mr Amitabh Bachchan and Ayushmann Khurrana. I have also got tons of feedback on how Mr Bachchan is almost unrecognizable, which I am quite happy about.