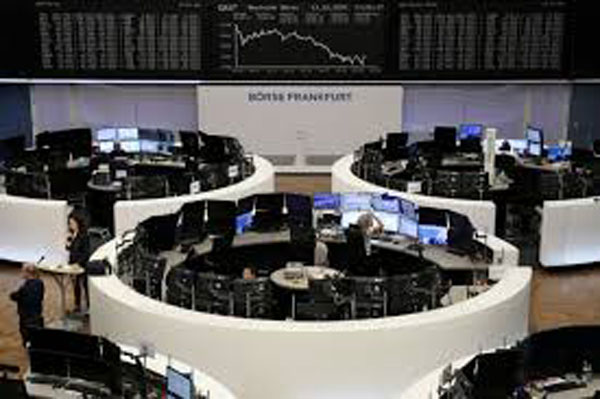 European stocks closed slightly lower on Friday, taking the shine off a 7% rally this week as investors focused on soaring coronavirus cases on the continent and uncertainty around the U.S. presidential election.

The pan-European STOXX 600 slipped 0.2% after a five-day winning streak that marked the index’s best week since early June.

Sparking a rally in global stocks, investors bet that Democrat Joe Biden will become the next U.S. president but Republicans will retain control of the Senate, potentially delaying major policy changes including tighter scrutiny on big American firms.

Wall Street stocks were, however, choppy on Friday as Biden took the lead over President Donald Trump in the battleground states of Pennsylvania and Georgia, putting him on the verge of winning the White House.

A handful of states continue to count votes and Trump has falsely claimed the election is being “stolen” from him.

“Nagging doubts remain that the eventual outcome may well end up in the U.S. courts,” Michael Hewson, chief market analyst at CMC Markets wrote in a note. “For now, financial markets don’t appear too concerned, however it would still seem prudent to take some money off the table as we head into the weekend.”

Airline Lufthansa dropped 6.9% as Germany warned against unnecessary travel to Denmark, Italy and several other countries.

British airline easyJet fell 2.6% after it said the recently announced lockdowns in England, Germany and France had forced it to further scale back its already reduced flying schedule.

Automakers fell the most, down 1.7% after surging this week on hopes that a Biden win could lead to a softer stance on trade policies.

Insurers got a boost after Germany’s Allianz reported an surprise 6% rise in third-quarter net profit.

Miners gained the most, up almost 2% as metals prices rose in the wake of a weakening dollar.

Cartier jewellery maker Richemont jumped 8.9% as it saw a marked improvement in the second quarter thanks to online retail sales and China. Swatch Group gained 0.8% in sympathy