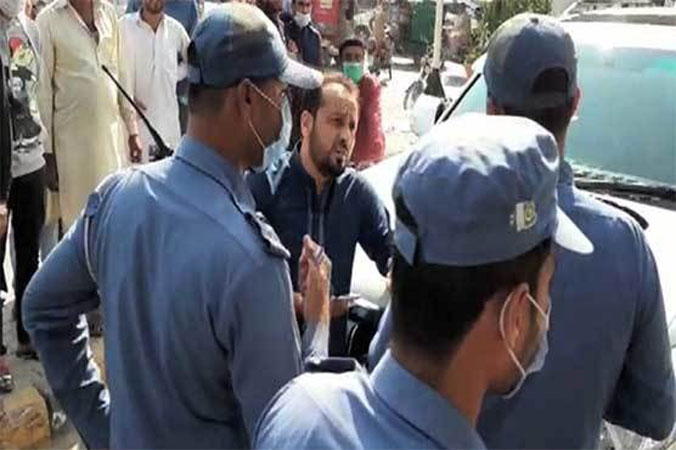 Police arrested PML-N leader Khawaja Imran Nazir on Saturday in connection with the August 11 clash outside the NAB Lahore office, saying his vehicle used in the attack.

Khawaja Imran, who is an active party member and an MPA from the metropolis, was earlier in the day stopped by traffic wardens near Model Town. He was informed that they had identified his SUV through the footage obtained from the Safe City cameras.

Later, he was shifted to the Faisal Town Police Station where the police formally arrested him.

Reacting to the news, PML-N Vice-President Maryam Nawaz said the PML-N Lahore secretary-general had been arrested to sabotage the Pakistan Democratic Movement (PDM) rally planned in the city.

She said efforts were being made to get him out of police custody. “No legal/political option will be spared. Let this be known to all and sundry.”

She also retweeted a tweet containing a video in which Khawaja Imran can be seen saying that the December 13 rally would be held at every cost no matter how many arrests were made.

“We are right behind you and will not leave you alone. They are mighty scared of mighty public response,” said the PML-N vice-president.

Several PML-N leaders and workers were nominated in a case registered after the August 11 incident when Maryam reached outside the NAB office to appear in an inquiry into land allotment. However, Rana Sanaullah, Capt Safdar and others have been able to avoid their arrest after obtaining bail from an anti-terrorism court. Later, their bails have been extended several times since then.