“The French state does not favour any one religion and guarantees their peaceful co-existence in respect of the laws and principles of the Republic,” the government’s website reads.

France has the largest population of Muslims in Western Europe, with more than 5 million estimated Muslims in a nation of 67 million.

In recent years, a specific phobia has gripped Western societies called Islamophobia. Islamophobia is an exaggerated irrational fear, hatred, and hostility toward Islam and Muslims that is perpetuated by negative stereotypes resulting in bias, discrimination, and the marginalization and exclusion of Muslims from social, political, and civic life.

The tensions between certain sections of Islam and the interpretation of secular values have intensified in recent years and have been particularly divided in recent weeks. There have been demonstrations in many Muslim countries against France in the past few days. French President Emmanuel Macron became a special target of anger in certain parts of the Muslim world because of his speech following the beheading of the French teacher.

Three weeks after an attack on the former offices of Charlie Hebdo, Samuel Paty a history and geography schoolteacher was beheaded by an 18-year-old man for showing cartoons of Islam’s Prophet Muhammad in his class. The professor had discussed the subject with his class after Charlie Hebdo magazine republished the drawings of the Prophet Mohammed to coincide with a trial related to the deadly attack on his journalists in 2015. Paty, advised Muslim students to avert their gaze if they thought they were offended. The assailant followed Mr Paty, who was on his way home from school, inflicted multiple head injuries with a knife and then decapitated him. The man later posted photographs of the victim on a Twitter account.

There are many factors that can influence how Muslim and Western societies interact and respect each other. Cultural, religious and political differences can influence the opinion of one population towards the other

President Macron began his speech by reasserting that the French principle of secularity guaranteed the freedom to worship, rejecting the “trap” laid by extremists which would seek to “stigmatise all Muslims”. The president singled out the ideology of “Islamist separatism” which sought to “create a parallel order” to the French Republic, asserting its own laws as superior. People should face up to a phenomenon that was enticing significant numbers of young people.

Emmanuel Macron defended freedom of expression: “We will not give up caricatures and drawings, even if others back away”, he said, calling for an end to hatred and violence and for respect for others.

“Our challenge is to struggle against the downward slide of some in the name of religion, by ensuring that those who want to believe in Islam and are full citizens of our Republic are not targeted.”

He described Islam as “a religion that is in crisis all over the world today”, before unveiling his plan to tackle radicalism. There was a need to “free Islam in France from foreign influences”, outlining plans to end a system allowing imams to train overseas, reduce home-schooling, and take control of religious funding. Associations would have to sign a contract respecting “the Republic’s values” in order to obtain subsidies.

He also acknowledged that France had failed its immigrant communities, creating “our own separatism” with ghettos of “misery and hardship” where people were lumped together according to their origins and social background. We have thus created districts where the promise of the Republic has no longer been kept, and therefore districts where the attraction of these messages, where these most radical forms were sources of hope.

Soon after his speech some leaders of Islamic world condemned President Macron, including Pakistan, Turkey, Malaysia, Saudi Arabia and Iran; while tens of thousands have attended protests in Pakistan, Bangladesh, and Palestine calling for a boycott of French goods.

Prime minister Khan did not mention the attack on Paty, or other violent attacks related to alleged blasphemy including a Pakistani migrant who attacked two people outside the former Paris headquarters of satirical magazine Charlie Hebdo.

“It is unfortunate that he has chosen to encourage Islamophobia by attacking Islam rather than the terrorists who carry out violence, be it Muslims, White Supremacists or Nazi ideologists,” the prime minister said in a Twitter post.

In an interview with Al Jazeera President Macron said: he understood and respected the feelings of Muslims who are offended by the drawings, but that could never justify physical violence. Blaming “lies and distortions of my words” for the reaction, he pointed out that the caricatures were “not a government project” but came from “free and independent newspapers”. Macron denied attacking Islam, saying France has “no problem” with the religion which is practised by millions of people in France who “want to live in peace”.

His targets, he said, were terrorism and those who promote “radical Islam”. These are violent extremists who distort the religion and commit violence within Islam, claiming that Muslims accounted for 80% of the victims of Islamist terrorism in the world over the past 40 years. I understand the sentiments being expressed and I respect them.I will always defend in my country the freedom to speak, to write, to think, to draw, he also hit out at what he described as “distortions” from political leaders, saying people were often led to believe that the caricatures were a creation of the French state.

Article 1 of the French Constitution is commonly interpreted as discouraging religious involvement in government affairs, especially religious influence in the determination of state policies; France shall be an indivisible, secular, democratic and social Republic. It shall ensure the equality of all citizens before the law, without distinction of origin, race or religion. It shall respect all beliefs.

A ban on Muslim headscarves and other “conspicuous” religious symbols at state schools in France was introduced in 2004.In 2011 France became the first European country to ban the full-face Islamic veil in public places, while alternatives such as HIJAB, which cover the head and hair, remained legal. The French government has insisted it will not seek to ban Muslim women who wear headscarves from volunteering to help on school trips after outrage when mothers accompanying pupils were told to remove theirs.

In October 2019, French President Emmanuel Macron had warned against “stigmatising” Muslims or linking the Islamic religion with the fight against terrorism.”Communalism is not terrorism.”

There are many factors that can influence how Muslim and Western societies interact and respect each other. Cultural, religious and political differences can influence the opinion of one population towards the other. That is why before judging President Macron, one must keep in mind that France is an independent sovereign state like Pakistan or any other country, protests against his controversial remarks are justified, but his government should get the credit where its due. His government blocked the bill passed by Senate to impose a ban on Hijab in 2019.

Allow me to ask you to reflect upon the following verses of the Holy Quran:

Those will be given their reward twice for what they patiently endured and [because] they avert evil through good, and from what I have provided them they spend. And when they hear ill speech, they turn away from it and say, “For us are our deeds, and for you are your deeds. Peace will be upon you; we seek not the ignorant.”

The writer is a traveller and freelance writer based in UK. He has previously written for @the_nation @Dawn_com @DunyaNews @TheAsians He can be contacted on Twitter @SyedIHusain 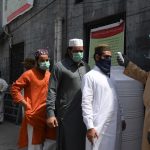 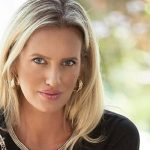