Stocks mixed as the US polls still uncertain 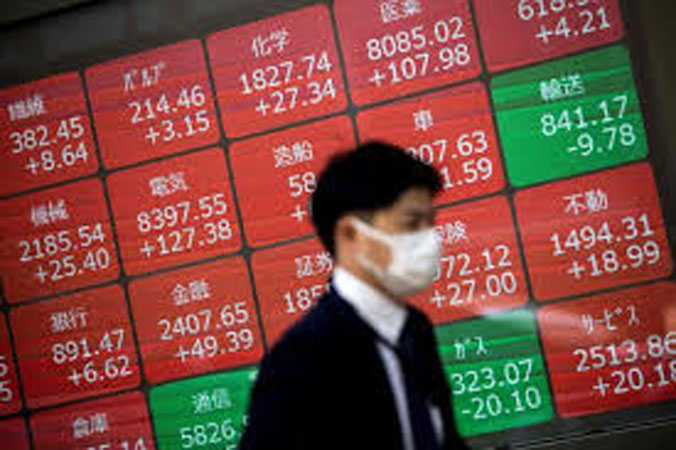 Global stocks were little changed but near a record high while the dollar and US bond yields stayed sluggish on Friday on bets that a divided US Congress would hinder government borrowing, which could pave the way for even more central bank stimulus. Investors expect Democrat Joe Biden will beat President Donald Trump but Republicans will keep control of the Senate, allowing them to block Democrat policy such as corporate tax hikes and debt-funded spending on infrastructure. “From here, we believe the impact of the presidential result should be relatively small,” said Lars Kreckel, global equity strategist at LGIM. “Whether Biden or Trump are in the White House, governing with a Congress that is very likely to be divided would be difficult and mean very little policy that could significantly move equity markets would be passed.” A sense that a Biden presidency will be more predictable than Trump’s is also underpinning risk sentiment, even though investors saw no quick rapprochement between the United States and China on trade and other issues. Biden had a 253 to 214 lead in the state-by-state Electoral College vote that determines the winner, according to most major television networks, putting him closer to the 270 Electoral College votes needed to win. In Pennsylvania, which has 20 electoral votes, Biden cut Trump’s lead to just over 18,000 by the early hours of Friday. His deficit in Georgia, which has 16 electoral votes, shrunk to about 450. MSCI’s all-country index of the world’s 49 markets was flat after gains earlier in the week, still close to the record reached in September. Europe’s main stock index opened 0.4% lower, with investor sentiment dimmed by the economic toll of new lockdowns in Europe to contain the coronavirus. Italy and France registered record numbers of COVID-19 cases. Japan’s Nikkei average rose 0.9% to a 29-year high while MSCI’s broadest gauge of Asian Pacific shares outside Japan rose 0.3%, near a three-year high… US S&amp;P futures dropped 0.6%, a day after the underlying stock index rose 1.95%. Trump’s attempts to pursue lawsuits challenging elections in several states have so far done little to change expectations of the outcome. Still, some market players are wary of street protests getting violent after Trump claimed the election was being “stolen” from him. US bond yields drifted lower, with the 10-year Treasury yield falling to 0.773%, below the pre-US election level on Tuesday. It had struck a three-week low of 0.7180% on Thursday. The Federal Reserve kept its monetary policy loose and pledged to do whatever it takes to sustain a US economic recovery. With COVID-19 raging in the United States and parts of Europe, many investors assume more monetary stimulus is inevitable. The Bank of England expanded its asset purchase scheme on Thursday and the European Central Bank is widely expected to announce more stimulus next month. Investors also focused on the prospects of stalled talks on a US coronavirus relief package restarting. “We still anticipate that there will be a fiscal package in excess of $1 trillion next year,” said James Knightley, chief international economist at ING Group in New York. “This stimulus, when combined with a long-anticipated COVID-19 vaccine, can really lift the economy and drive growth. We consequently remain very upbeat on the prospects for 2021 and 2022.” In currency markets, lower yields undermined the dollar. The dollar index touched a two-month low of 92.459. The euro traded at $1.1840 while the offshore Chinese yuan climbed to 6.6000 to the dollar. A weaker dollar supported the Japanese yen, which rose to 103.43 yen against the dollar overnight. It was steady in early European trade at 103.45 yen. Gold, which is used as a hedge against inflation in an era of ultra-loose monetary and fiscal policies, fell 0.3% to $1,942 per ounce after jumping over 2% overnight. Even bitcoin rode high, gaining 10% on Thursday and hitting a high last seen in January 2018. Oil prices fell as fresh lockdowns in Europe to contain the coronavirus darkened the outlook for crude demand. Brent crude was down 1.2% at $40.45 a barrel.