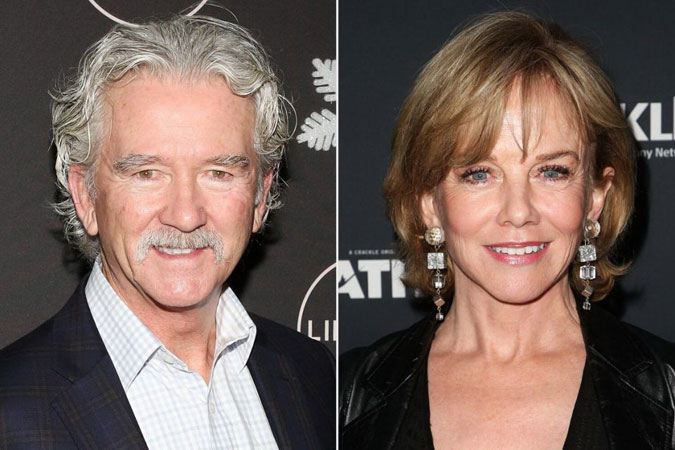 The saying goes that you find love when you’re least expecting it, and for Patrick Duffy, truer words have never been spoken.

The Dallas actor, who is starring in Lifetime’s original holiday movie People Presents: Once Upon a Main Street (premiering Nov. 29), was married for more than four decades to late ballet dancer Carlyn Rosser before she died of cancer in 2017.

In recent years, the actor, who enjoys being a father and grandpa to his four grandkids, says he’d grown accustomed to life as a widower. But when COVID-19 hit, quarantine brought unexpected joy: falling in love with Purl, 65.

Years ago, the pair were casual friends, but lost touch over time. During the pandemic, they both happened to be on a group text chain with other friends, and as the weeks passed, eventually the conversation dwindled down to just the two of them.

At that point, “I loaded up my car and drove 20 hours and ended up on her doorstep just to see if it was real,” says Duffy. “We haven’t been apart since.”

When it comes to his connection with Purl, Duffy says he knows his wife would want him to find joy.

“I feel quite honestly, that it is keeping with the desires of my wife, the fact that we are intended to be happy,” he says. “So when it’s offered, think about it, do whatever you do, but don’t let it pass you up if it’s the right thing.”