David Duchovny talks anti-Trump song, Facebook and what Fox Mulder would be doing in 2020 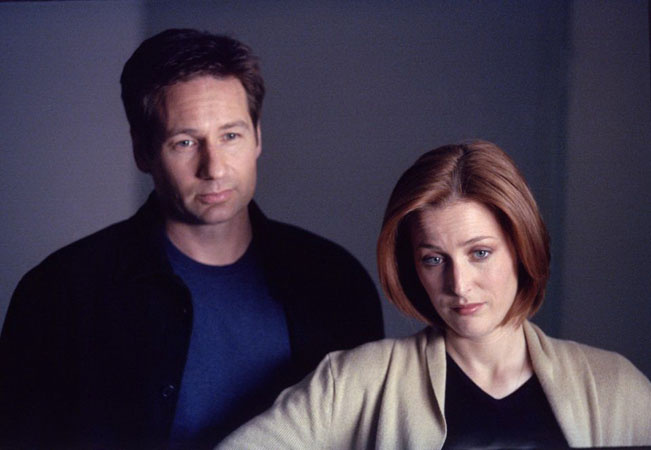 Speaking to Yahoo Entertainment the morning after Election Day, David Duchovny is, like much of the nation, on edge. Leading up to the presidential election, the actor and singer-songwriter released the scathing protest song “Layin’ on the Tracks,” with its unsubtle jab at a certain “stupid orange man in a cheap red hat.” Says Duchovny, “I went to bed [on Tuesday] really depressed. … I felt gut-punched. I felt very dark. I felt desolate. I felt I can’t put up with another four years of this guy.”

However, Duchovny remains hopeful as the ballots continue to be counted. “When I woke up this [Wednesday] morning and I saw what was going on, I felt a lot better,” he says. But while Duchovny is clearly no fan of Donald Trump (“He’s a cheater, he’s a crook, he’s a criminal, he deserves to be in prison for many different crimes”), he’s also aware that the problem in America is much bigger than just who is in the White House.

“I’m just hoping that we get to the point, at least, where we can start to have a discussion over the things that are creating a country in which this election will be this close,” Duchovny explains. “The other part is, you know, the social media aspect of the disinformation and Facebook and all that. The Electoral College, Facebook misinformation, foreign interference, they’re all part of what’s making this stuff so difficult to understand and makes it so hard to talk to one another, because people are arguing different sets of facts. And that’s a tough way to argue. … Facebook has got to get its act together somehow, or we’re f****ed. You know, we do need to function from the same fact playbook. We do need to come together with the same group of objective facts. We can all have different ideas about those facts, but we’re not entitled to our own facts.”

Given that Duchovny is probably best known for playing heroic conspiracy theorist Fox Mulder in the X-Files franchise, it’s ironic that he’s releasing “Layin’ on the Tracks” in the midst of an era of Facebook-disseminated fake news and general tin-hat hysteria. Of course, in Mulder’s case, much of his conspiracy theorizing was proven true — the fictional FBI special agent was on the right side of fictional history. But it’s interesting to imagine which side of actual history Mulder would be on in 2020.

“I have thought about it, just because it’s an obvious thing to want to think about, especially for me who played that character. It is odd, because I’d be sitting here going, ‘So Mulder’s, basically, he’d be like a QAnon?’ And that bothers me!” Duchovny chuckles. “And I like to think that it’s not true, because as you say, Mulder was onto something true.