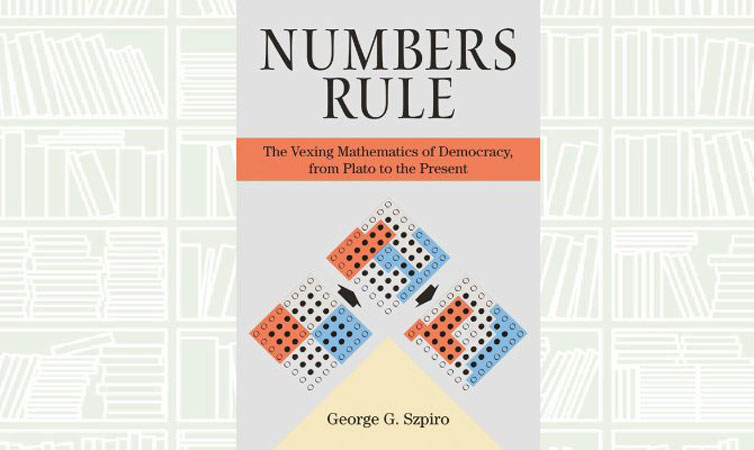 Since the very birth of democracy in ancient Greece, the simple act of voting has given rise to mathematical paradoxes that have puzzled some of the greatest philosophers, statesmen, and mathematicians. Numbers Rule traces the epic quest by these thinkers to create a more perfect democracy and adapt to the ever-changing demands that each new generation places on our democratic institutions.

In a sweeping narrative that combines history, biography, and mathematics, George Szpiro details the fascinating lives and big ideas of great minds such as Plato, Pliny the Younger, Ramon Llull, Pierre Simon Laplace, Thomas Jefferson, Alexander Hamilton, John von Neumann, and Kenneth Arrow, among many others.

Each chapter in this riveting book tells the story of one or more of these visionaries and the problem they sought to overcome, like the Marquis de Condorcet, the 18th-century French nobleman who demonstrated that a majority vote in an election might not necessarily result in a clear winner. Szpiro takes readers from ancient Greece and Rome to medieval Europe, from the founding of the American republic and the French Revolution to today’s high-stakes elective politics.

He explains how mathematical paradoxes and enigmas can crop up in virtually any voting arena, from electing a class president, a pope, or prime minister to the apportionment of seats in Congress. Numbers Rule describes the trials and triumphs of the thinkers down through the ages who have dared the odds in pursuit of a just and equitable democracy.