Next gen: Myanmar youth look to election and beyond 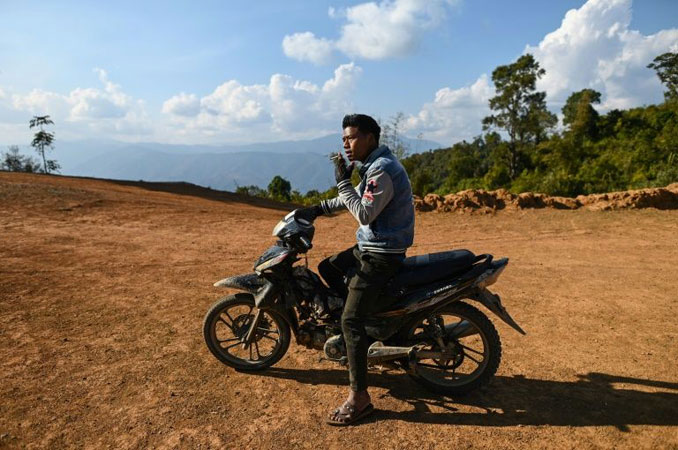 Five million young voters will be able to cast their ballots for the first time in Myanmar’s election on Sunday — about 14 percent of the electorate.

In a country that emerged less than a decade ago from near total isolation under military rule, the nation’s youth defies easy classification.

AFP spoke to a number of Myanmar’s Generation Z about the challenges they face and what they hope the next government will bring.

History student Wai Wai Tun, 19, can vote because she lives in Rakhine state’s capital Sittwe, but her family in her home town will miss out.

Myanmar banned voting in a long list of areas for “security reasons”, leaving more than a million disenfranchised in Rakhine and hundreds of thousands more elsewhere.

“I just want the election to be fair and credible,” she says, adding the decision has raised already-high tensions.

A civil war between Myanmar’s military and the Arakan Army (AA) — militants fighting for more autonomy for the ethnic Rakhine — has killed and wounded hundreds and forced 200,000 from their homes.

“We, Rakhine, are citizens of Myanmar and want to live in safety with equal rights too.”

Man Chen, 18, belongs to the Konyak, a Naga tribe on the Indian border once feared for its head-hunting traditions.

The motorbike fanatic describes his identity as “Naga first, Konyak second” — and does not even mention Myanmar.

Isolated from the rest of the country by mountains and poor infrastructure, the Konyak are divided by the frontier and rely on markets on the Indian side for food.

“I don’t have enough money and I don’t have a regular job,” he says, adding that five of his 12 siblings have died.

He worries about the effect of the election on the long-running conflict between armed Naga groups and the Myanmar military.

“There was fighting in my village last time, so I’m worried this might happen again.”

Wai Yan Min Khin, 20, is Muslim and lives in the Bamar Buddhist heartlands of central Myanmar.

His hometown Meiktila descended into intercommunal violence between Muslims and Buddhists in 2013 and deep scars remain.

“People often insult us,” he says. “I see a lot of discrimination.”

He describes how he has been waiting for an ID card for four years, while Buddhist friends receive the document in weeks.

Nursing graduate Kay Khaing Tun, 22, was only released from jail a few weeks ago after 17 months behind bars.

But the ethnic Rakhine-Bamar says her jail sentence came as no surprise.

“The military has the authority to do whatever it wants to anyone.”

Since her release, she has been volunteering at Yangon General Hospital, inputting data on the country’s surging coronavirus cases.

“I wanted to do something to help others and it also helps me feel calm,” she explains.

She hopes to study further overseas, but her long-term goal is to go into politics.

Despite her ordeal, Suu Kyi’s NLD will get her vote.

“We’re only at the very start of the road to democracy.”

The 19-year-old lives in Hpakant, where military-linked mines have turned the mountains into a treacherous moonscape of mud.

One landslide in July claimed the lives of nearly 300 miners.

“My dream is to find a big jade stone, move to another city and start my own business,” the ethnic Shan says.

Local mafia and armed groups line up to take their cut from the exploited jade pickers.

“There’s no rule of law in Hpakant. Even if the election changes the government, people think nothing will change here.”

In a sprawling refugee camp in Bangladesh, Sawyed Ullah laments his disconnect from the election.

The 18-year-old was among the 750,000 Rohingya Muslims to flee military-backed violence in 2017 that now sees Myanmar facing genocide charges.

“I’m very frustrated… I have a right to vote,” he says.

There is no sign Sawyed Ullah will be able to return home soon, so he waits in limbo. “In the camps, we have just our life, not liberty.”

He tries to keep abreast of Myanmar politics and describes the widespread disappointment Rohingya feel about Suu Kyi. “Now we don’t understand who we should support.”

One day he hopes to return home as a journalist or lawyer to become a “proud citizen”.